Rising floodwaters are causing alarm in dozens of villages, as Typhoon Koppu continues to drench the northern Philippines. 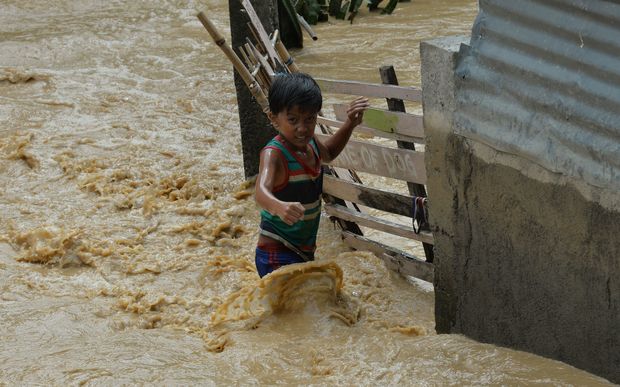 A child wades through floodwaters near his residence at a village in Santa Rosa town, Nueva Ecija province, north of Manila. Photo: AFP

The slow-moving typhoon has killed at least two people and forced more than 16,000 from their homes.

Troops have been deployed to help residents trapped on rooftops, but are struggling to access more remote areas.

Despite weakening, the typhoon is expected to stay over the country - and keep dumping rain - until Wednesday. 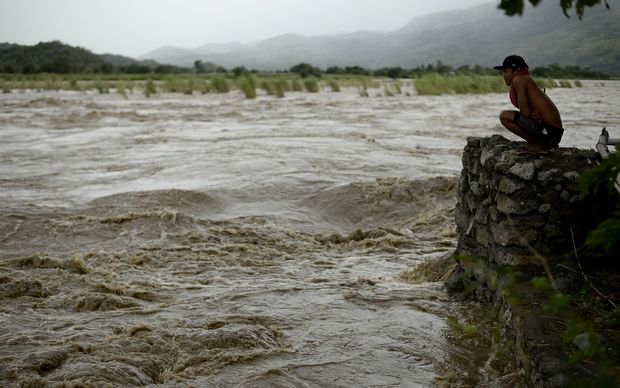 A man looks at the rising water level of the Magat River caused by Typhoon Koppu Photo: AFP

Typhoon Koppu made landfall near the town of Casiguran on the island of Luzon on Sunday morning, bringing winds of close to 200km/h and cutting power to vast areas.

A teenager was killed by a fallen tree in Manila which also injured four others. A concrete wall collapsed in Subic town, northwest of Manila, killed a 62-year-old woman, officials reported.

By dawn on Monday wind speeds were down to 150 km/h in the northern town of Santiago, the state weather service said.

But rising floodwaters are preventing even military vehicles reaching many of the worst-hit villages and rescuers report a shortage of boats. 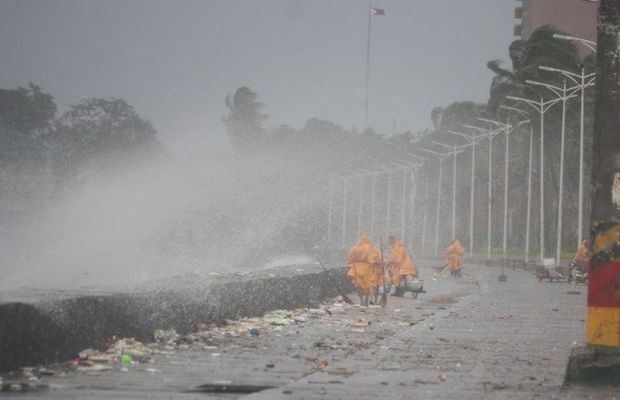 While the Philippines is no stranger to typhoons, the slow-moving nature of Koppu, called Lando by local weather authorities, means heavy rain will fall for longer than usual, bringing greater risk of flooding and landslides.

After leaving the north of the main island of Luzon on Wednesday, the typhoon is forecast to head towards Taiwan.

Justin Morgan, Philippines country director for the charity Oxfam, said the impact of the typhoon was becoming clearer.

"We are seeing damage as a result of wind, particularly to important infrastructure like hospitals, but also in terms of the flooding. The flooding has been a metre deep in some locations."

He stressed that while evacuations for those still in the path of the typhoon was the most urgent task, "we can expect that there will be needs in terms of helping people recover their livelihoods as we know that many of the farmers would have lost their crops."

In 2013, Typhoon Haiyan tore through the Philippines causing major destruction and leaving more than 7,300 people dead or missing.