Taiwan is bracing itself for the arrival of a vast typhoon, expected to hit the island in the next day.

Thousands of tourists have been evacuated from offshore islands ahead of category five Typhoon Nepartak.

The super typhoon packed winds of up to 263km an hour, some 780km south-east of Taiwan's Hualien city on Wednesday (local time), officials said. 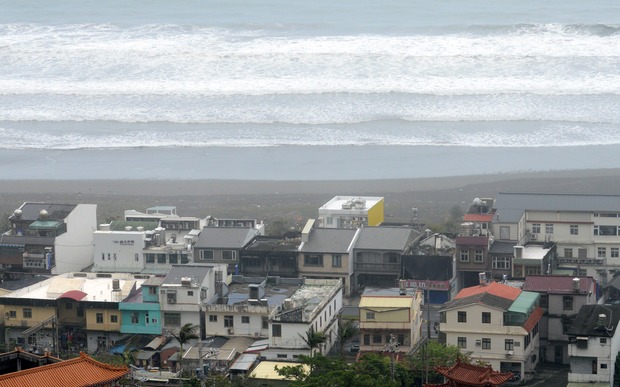 They also warned of the risk of flooding and mudslides as high winds and lashing rains were expected.

"Residents must heighten their vigilance."

Around 3000 tourists have been evacuated from the Green and Orchid Islands, two popular tourists spots off south-eastern Taitung county, said local government officials.

A storm is classed as a super typhoon if it reaches maximum sustained one minute surface winds of at least 65mph, the equivalent of a category-five hurricane in the Atlantic basin.

Some 35,000 soldiers have been put on standby, according to the defence ministry.

Transport Minister Hochen Tan also assured citizens that measures had been taken to ensure Taoyuan Airport will not be flooded.

Taiwan is often hit by typhoons, with Super Typhoon Dujuan killing three people and leaving more than 300 injured in Taiwan in 2015.

In the same year, Typhoon Soudelor killed at least eight people in Taiwan and 21 in China.

The island's rugged terrain, with mountains up to 4000m stretching across the territory, increases the risk of flooding and landslides during a typhoon.