At least 124 people remain trapped under the rubble of an apartment block in the Taiwanese city of Tainan after Saturday's earthquake, officials say. 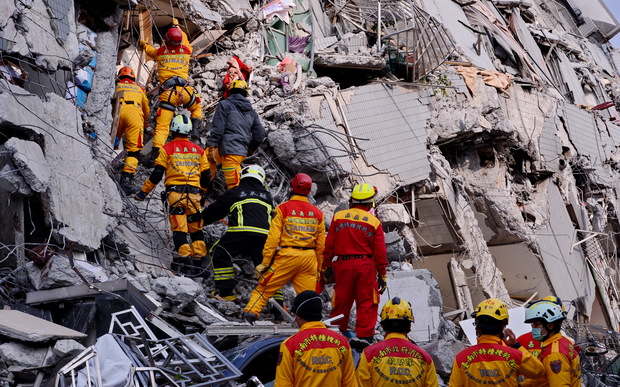 Rescuers try to look for victims at the site where a building collapsed during an earthquake in Tainan. Photo: AFP

Tainan Mayor Lai Ching-te said many of them were buried deep inside the ruins of the 17-storey block.

At least 20 people are now confirmed dead following the quake, which struck early on Saturday.

The apartment block is one of several buildings that collapsed in Tainan city during the magnitude 6.4 tremor.

Among the dead was a newborn baby. Nearly 500 people were injured, at least 92 of whom remain in hospital.

Rescuers pulled a 20-year old man from the rubble more than a day after the earthquake hit. Taiwanese TV showed Huang Kuang-wei being rescued alive to cheers from his family and emergency workers. 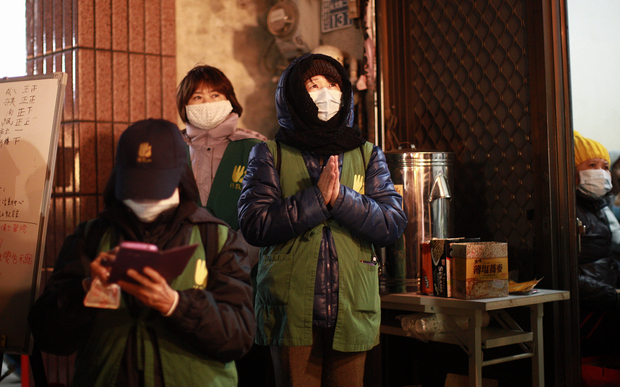 A woman prays outside a room set up for families and friends of victims at the site of a collapsed building in Tainan. Photo: AFP

The 17 storeys of the Weiguan Jinlong (Golden Dragon) apartment complex, home to at least 256 people, crumpled down on each other as the quake took hold just before 4am on Friday local time.

More than 200 people were rescued, but a baby, young girl and two adult men were among 12 in the complex who did not survive, officials said.

Elsewhere in the city, at least two other victims were killed by falling debris.

Hundreds of soldiers have joined in the rescue effort, with the help of hi-tech equipment and rescue dogs, and shelters are due to be set up for those who have lost their homes in the city of two million people.

More than 24 hours after the earthquake, fire fighters, police, soldiers and volunteers were picking through the ruins, some using their hands.

The quake was shallow, meaning its effects would have been amplified, the US Geological Survey said.

There were also at least five aftershocks. The quake was felt in the capital Taipei, 300km away.

Taiwan lies near the junction of two tectonic plates and often sees tremors.