Rescuers are continuing to search for people trapped under rubble after a 6.4 magnitude earthquake in Taiwan killed at least 14 people and injured 500 others. 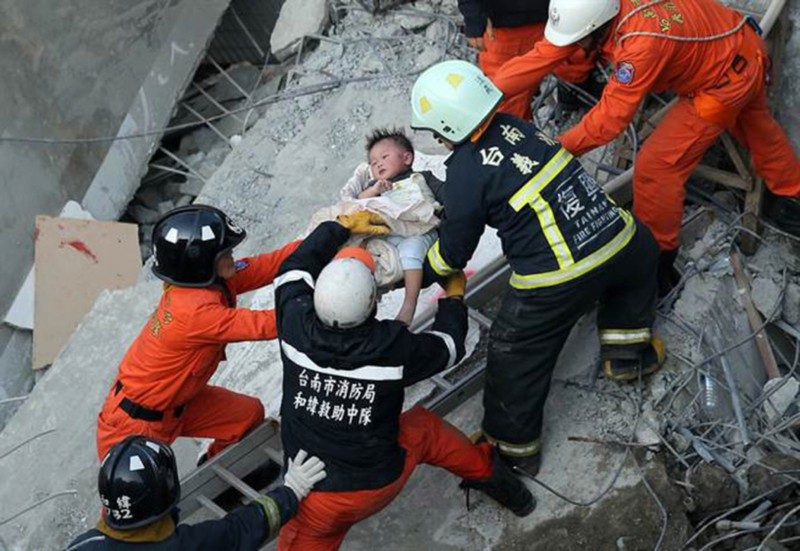 A child is rescued after a 6.4 quake in Taiwan 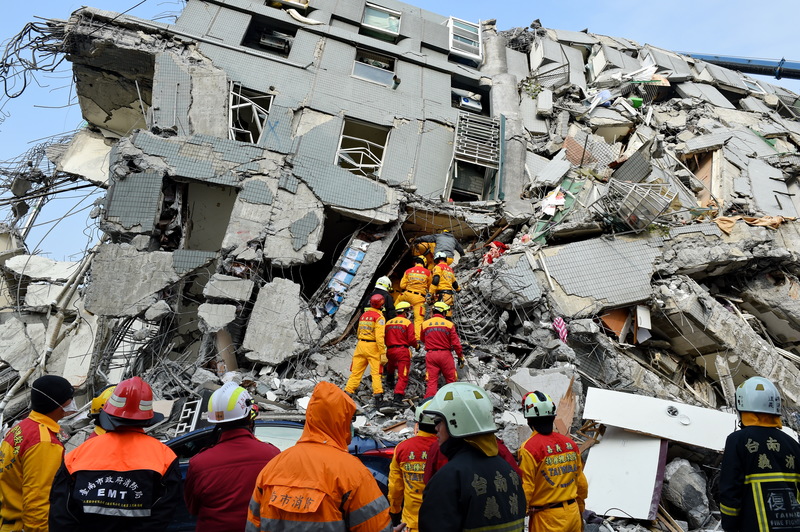 A number of buildings were damaged by the quake 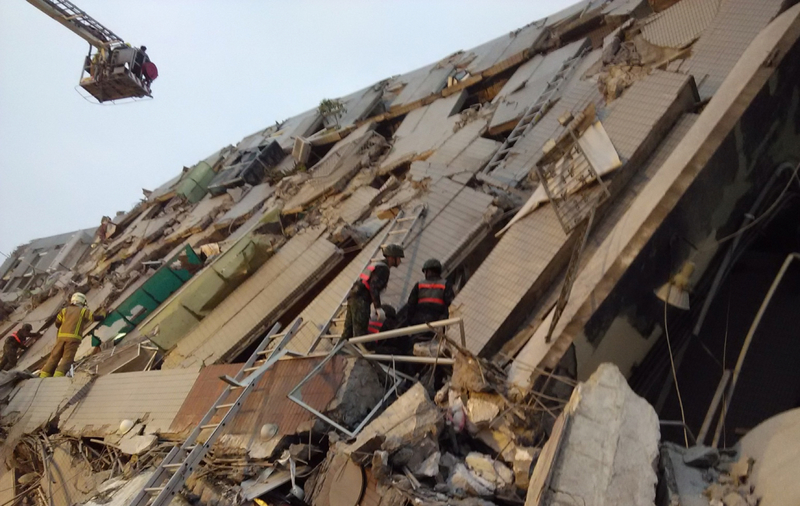 Soldiers search through the rubble looking for survivors 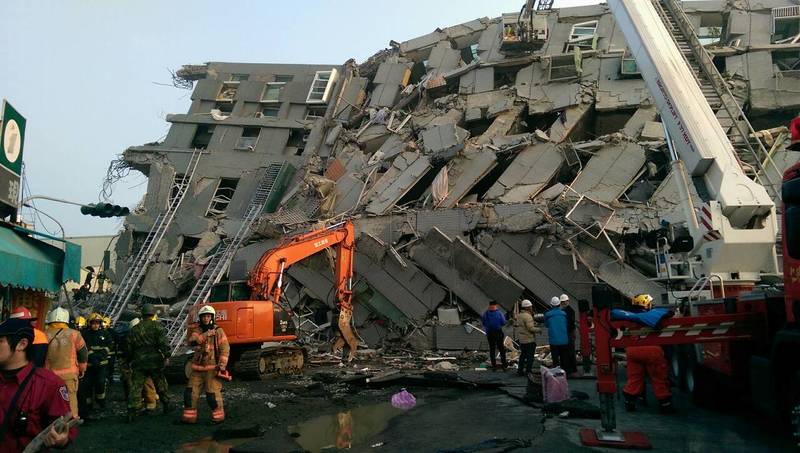 Rescuers work at a quake site in Tainan 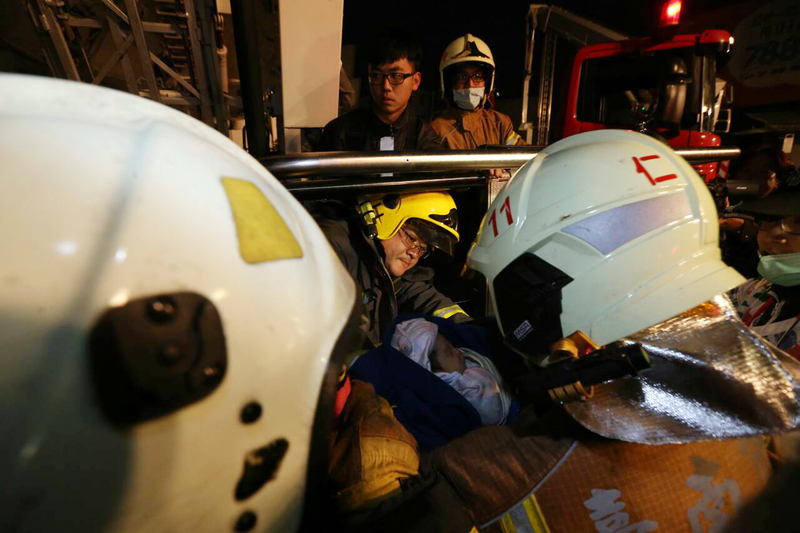 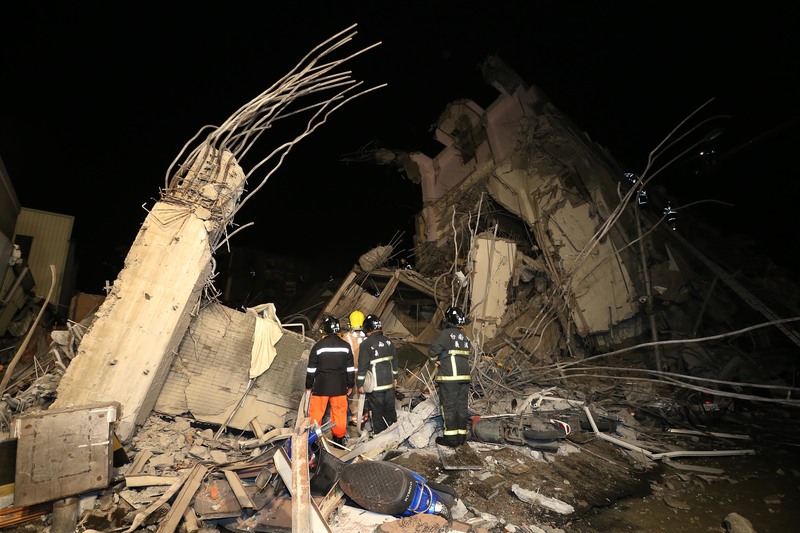 Rescue workers stand among the rubble of a building which collapsed in the quake. 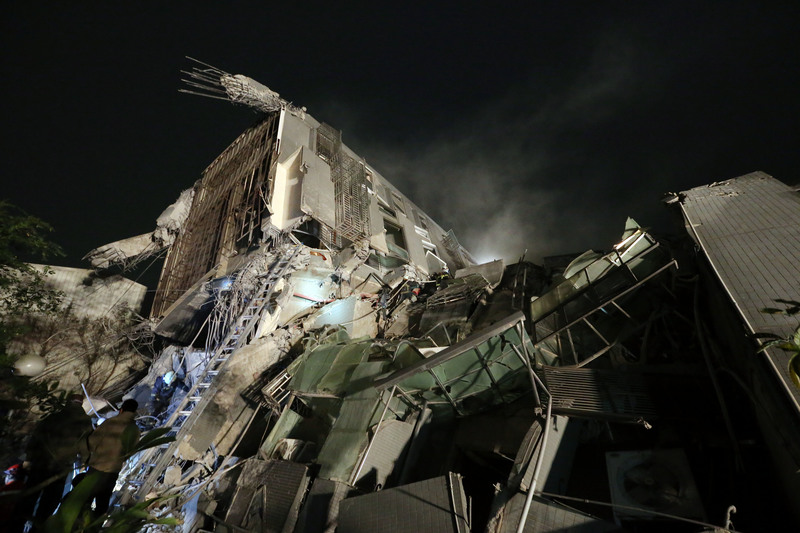 One of several buildings damaged during the quake 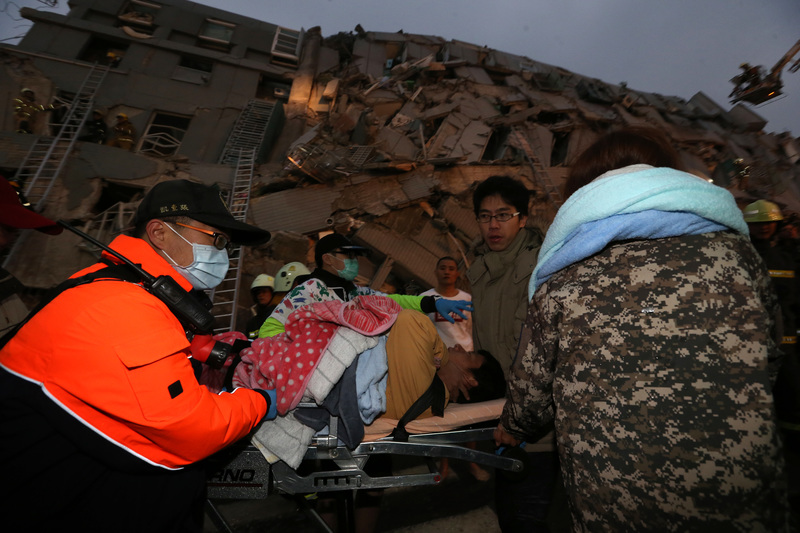 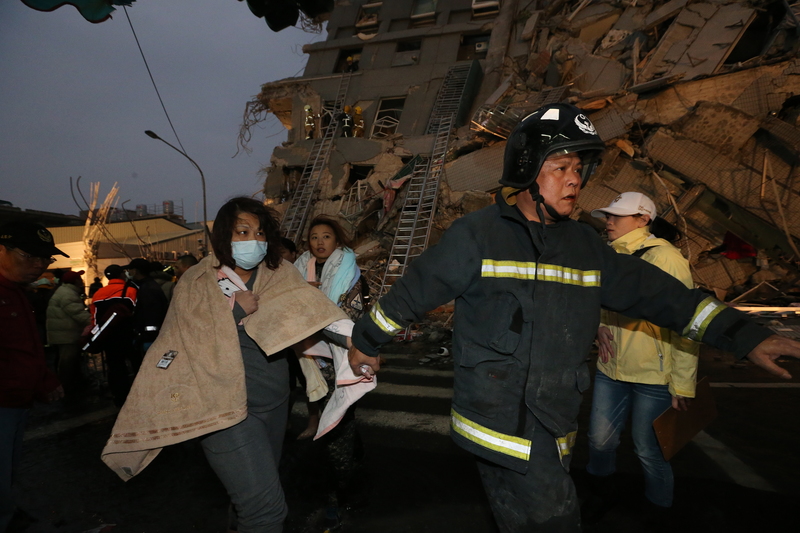 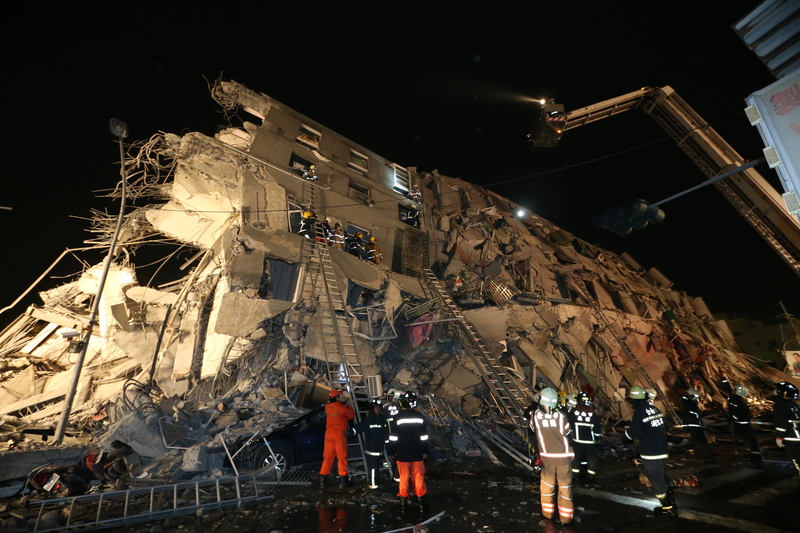 Some 30 people are still missing from the 17-storey block, one of several buildings that collapsed in Tainan city when the magnitude 6.4 quake struck.

Among the dead was a newborn baby. Nearly 500 people were injured, at least 92 of whom remain in hospital.

More than 800 soldiers have joined in the rescue effort, with the help of hi-tech equipment and rescue dogs.

Shelters would be set up for those who have lost their homes in the city of two million people, the president said when he arrived in Tainan.

The 17 storeys of the Weiguan Jinlong (Golden Dragon) apartment complex, home to at least 256 people, crumpled down on each other as the quake took hold early on Saturday morning.

Drone footage shows an aerial view of buildings damaged by the 6.4 quake

More than 200 people were rescued, but a baby, young girl and two adult men were among 12 in the complex who did not survive, officials said. Elsewhere in the city, at least two other victims were killed by falling debris.

At least 30 people are still believed to be trapped inside the collapsed high-rise, although officials warn that more people than usual could have been in the building as families gathered to celebrate Chinese New Year.

This building was not old; Taiwan lies in one of the world's most active earthquake zones. Buildings like this are supposed to be strong enough to withstand much larger tremors than the 6.4 quake that hit.

Residents told how they were able to escape from their homes in the block.

"I used a hammer to break the door of my home which was twisted and locked, and managed to climb out," one woman told local TV.

Another man tied clothes together to make a rope and lowered himself from the ninth floor to the sixth floor below, Apple Daily reports.

One Tainan resident said his bed had turned over as the wall collapsed. "My home completely turned into debris. I was really frightened as I have never seen such an earthquake," he said.

A 35-year-old woman described how she and her two children were pulled from the rubble.

"Rescue workers broke through (the building) layer by layer. And they asked us to climb out but I said my children are too small to climb. So they dug a bigger hole. Then one rescue worker tried his best to climb in and take the children out. Then I slowly climbed out myself," she said.

The quake was shallow at 23 kilometres, meaning its effects would have been amplified, the US Geological Survey said.

There have also been at least five aftershocks. The quake was felt in the capital Taipei, 300km away.

Although the damage does not appear to be widespread, a number of tall buildings have been left leaning precariously.

Taiwan lies near the junction of two tectonic plates and often sees tremors.

China has offered assistance although at the moment at least, given the relatively limited scale of the disaster, it does not look as if much outside help is needed.

Back in 1999, when a 7.6 magnitude quake killed more than 2300 people in central Taiwan, a similar offer of help from the mainland became embroiled in political wrangling, with Taiwan accusing China of exploiting the situation for its own political ends.