Hurricane Hermine has made landfall in northern Florida - the first hurricane to hit the US state since 2005. 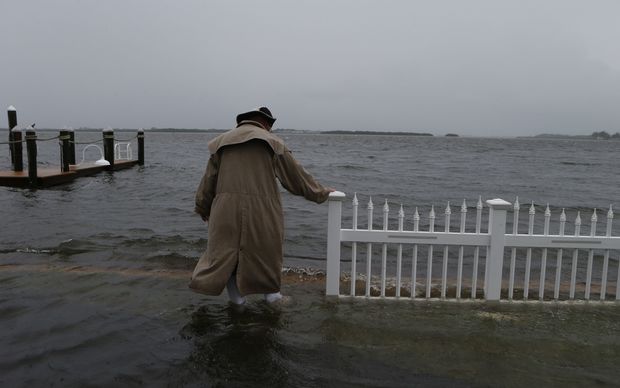 Doug LeFever inspects the seawall near his home at the Sandpiper Resort as he surveys the rising water coming from the Gulf of Mexico into his neighborhood. Photo: AFP

Hermine hit Florida's Gulf Coast early on Friday as a Category 1 hurricane, bringing with it a heavy storm surge.

Governor Rick Scott declared a state of emergency for 51 counties as residents braced for the dangerous storm.

City officials in the state capital Tallahassee, which is in the path of the storm, said at least 32,000 homes were now without power. Brian Mugrage watches the weather on TV inside the Riverside Cafe flooded by the storm surge from Hurricane Hermine in Saint Marks, Florida. Photo: AFP

Weather officials in Tallahassee warned of the risk of flash floods and urged people in the city to move to higher ground.

The town of Cedar Key, south of Tallahassee, has seen a 3m storm surge.

"This is life-threatening. We have not had a hurricane in years," Governor Scott said. 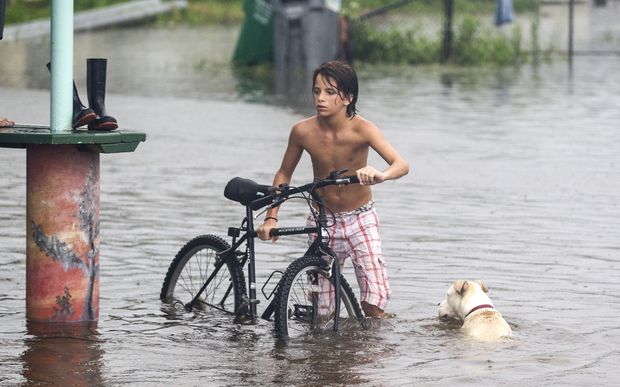 A young man and his dog wade in the storm surge from Hurricane Hermine outside Cooter Stew Cafe in Saint Marks, Florida. Photo: AFP

He added that 8000 members of the Florida National Guard were prepared to be deployed in the wake of the storm.

The city of St Petersburg near Tampa was littered with downed palm fronds and tree branches, and low-lying streets were flooded.

Weather officials predict Hermine will also hit Georgia and the Carolinas, and could bring heavy rains along the East Coast in the coming days. 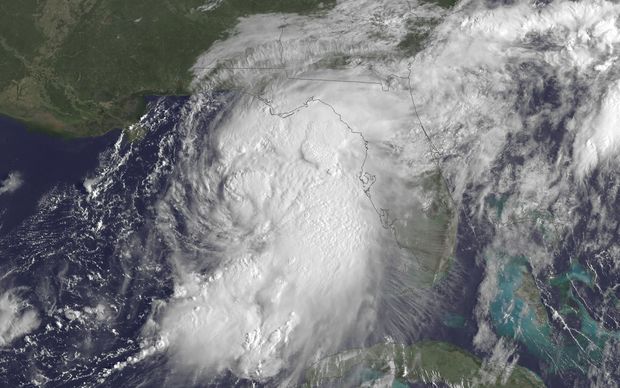 Georgia Governor Nathan Deal has declared a state of emergency for 56 counties.

The last hurricane to strike Florida was Wilma in 2005, which made landfall in the US the same year as Katrina and caused five deaths and an estimated US$23 billion in damage. 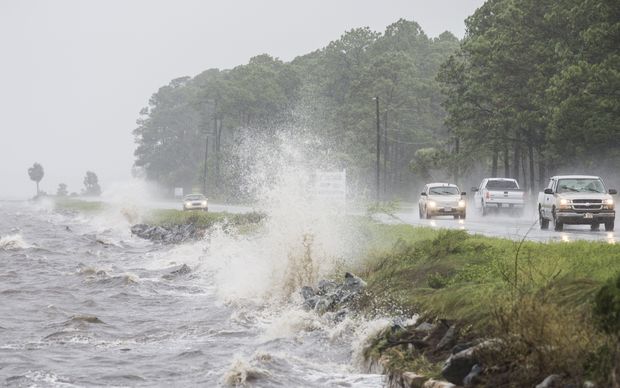