Countries around the world are marking the New Year, with festivities currently under way across Asia.

In Japan, people released balloons by Tokyo Tower, while South Koreans celebrated in Paju with fireworks and traditional bell-ringing ceremonies. 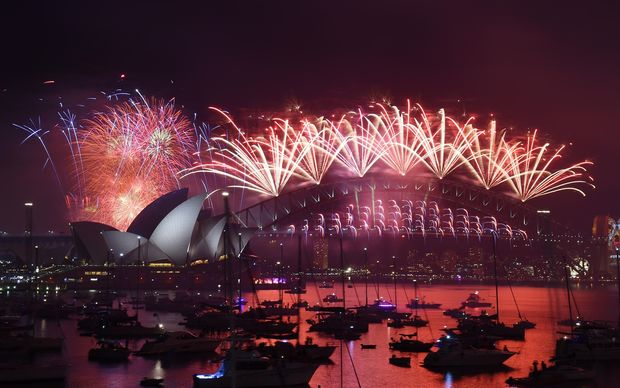 In one of the more innovative celebrations, four divers equipped with musical instruments and breathing apparatus performed an underwater "concert" in a fish tank in Yantai, east China.

In Egypt, festivities will be staged in front of the pyramids near Cairo, as the government works to revive its tourist industry.

Meanwhile, in Dubai, an extravagant display will illuminate the Burj Khalifa, the world's tallest building, with 400,000 LED lights and 1.6 tons of fireworks set to be used. 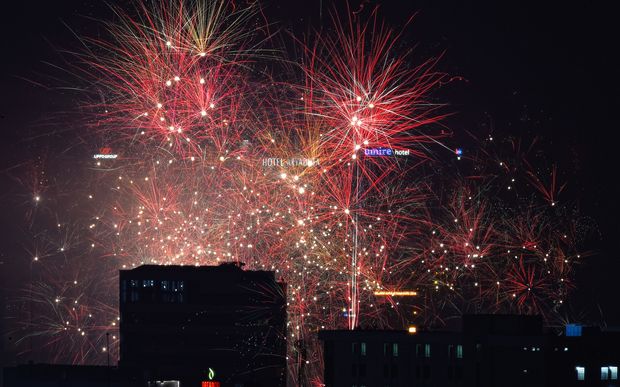 When 2016 hits Europe, approximately one million people will countdown at the Brandenburg Gate in Germany's capital, Berlin.

Despite security fears across the continent, many major public events are going ahead, though with heightened security restrictions.

In Madrid, only 25,000 people will be allowed into the Puerta del Sol Square. More than 100,000 people are expected to watch the Mayor of London's fireworks show, a ticketed event.

Over in Sierra Leone, the declared end of Ebola will mark a return to festivities, after Freetown, the capital, was left deserted a year ago due to the disease's outbreak.

As 2016 finally reaches the Americas, up to a million people are expected to converge on Times Square in New York, amid tight security, to watch the famous ball descend.

On Rio de Janeiro's Copacabana Beach, crowds will not only mark the New Year - they will also fete the 100th anniversary of Samba music, and the upcoming summer Olympics. 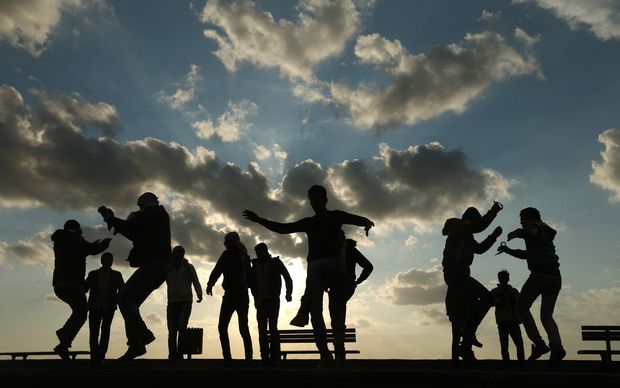 Palestinians celebrate the last day of the year at the sea port in Gaza City. Photo: AFP