The man who allegedly stabbed three people at a London Tube Station is being told #YouAintNoMuslimBruv by Twitter users. 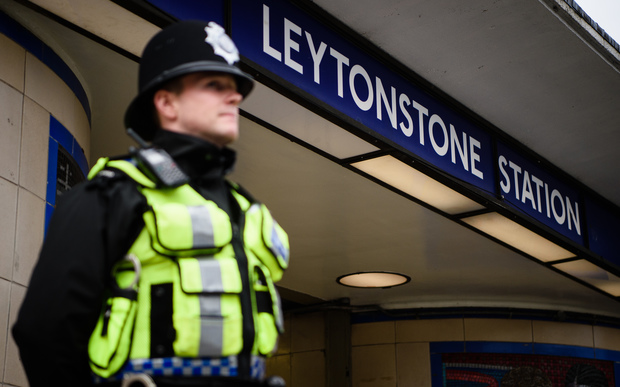 One man was seriously injured, while another suffered minor injuries during the knife attack at Leytonstone station, on Saturday.

A video of the aftermath of the attack shows a man being pinned to floor having been Tasered by police. It is then that an unidentified bystander can be heard shouting: "You ain't no Muslim bruv."

The phrase has been widely picked up by social media users who say it is the perfect riposte to attempts to spread violence and terror in London.

"You're not a Muslim, bruv. You're an embarrassment." Passerby gets the last ten years down in a sentence. #YouAintNoMuslimBruv

The first messages were posted shortly after the video emerged online on Saturday night.

However, on Sunday it topped the UK trending chart on Twitter, with thousands sharing the same message.

One user called Muthla said it was the "best trend I've seen", others said they were proud to be a Londoner, while another said the message "undermines" terrorism.

Loving this hashtag. See what Islam is really about: love and respect. #YouAintNoMuslimBruv

After the Paris attacks last month #PorteOuverte - or Door Open - was used for anyone who wanted to find refuge in Paris. Other hashtags on Twitter expressed outrage at the attacks, including #TerrorismHasNoReligion.

The hashtag #JeSuisCharliecharlie was widely used after the Charlie Hebdo killings in January, in which 12 people died.

And even politicians have backed the #YouAintNoMuslimBruv trend, with Labour's candidate for Mayor of London and a former London City Hall adviser tweeting supportive messages.

I love this #YouAintNoMuslimBruv - It shows that people are finally understanding that Islam and terrorism do not go hand in hand.