Lionel Richie has drawn the biggest crowd of this year's Glastonbury Festival in the UK, with at least 100,000 people estimated to have watched the singer.

The Pyramid Stage field was packed to see the star play hits like Dancing on the Ceiling, Hello and Say You Say Me. 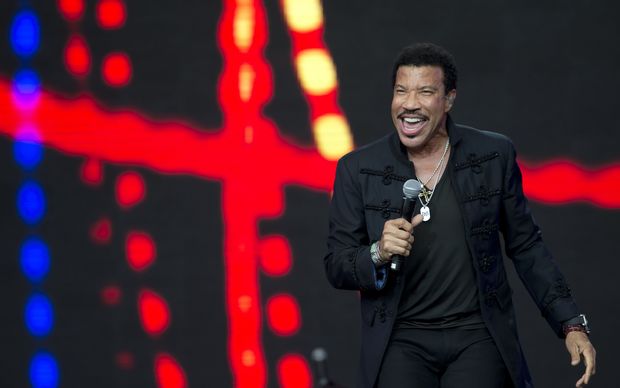 His crowd-pleasing performance came after Tibetan spiritual leader the Dalai Lama appeared on the same stage with US punk poet Patti Smith.

Veteran rock legends The Who close the festival with a headline slot on the Pyramid Stage on Sunday night local time.

Richie was following in the footsteps of stars like Dolly Parton, Tom Jones and Neil Diamond, who have taken the Sunday afternoon slot in the past.

His set included the hits All Night Long, We Are The World, Easy and Three Times A Lady.

The sun came out for his appearance following rain earlier in the day, and the star said he had been warned about the festival's notorious weather.

Richie followed Patti Smith on the bill. Smith introduced the Dalai Lama during her set and presented him with a cake in advance of his 80th birthday on 6 July.

He received a huge cheer from the crowd, who later sang him Happy Birthday.

The Dalai Lama said he was an admirer of Smith and her band. "I very much appreciate those singers and musicians - most of you with white hair," he said. "That voice and physical action looks very beautiful.

"That gives me encouragement. Myself, now 80 years old, I should be more like you." 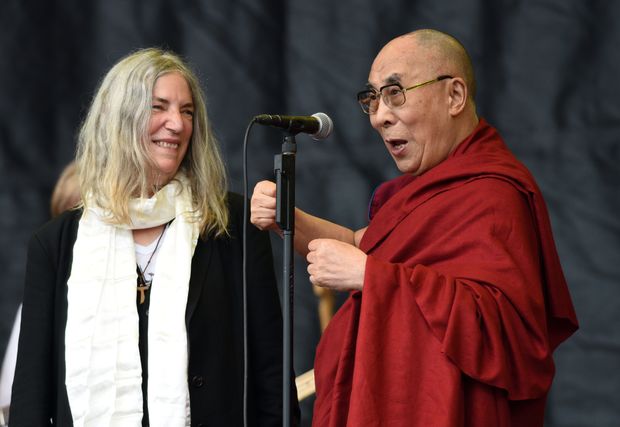 He began his Glastonbury trip with an hour-long speech in the festival's Peace Garden, near the sacred stone circle, where he praised the event as "a festival of people, not governments or politicians".

The Chemical Brothers, Ryan Adams and FKA Twigs headlined some of the site's other stages.

On Saturday, the main stage was headlined by US rapper Kanye West to a mixed response.

"I'm not a fan of that kind of music," he said. "Although I chose Jay-Z originally of course." 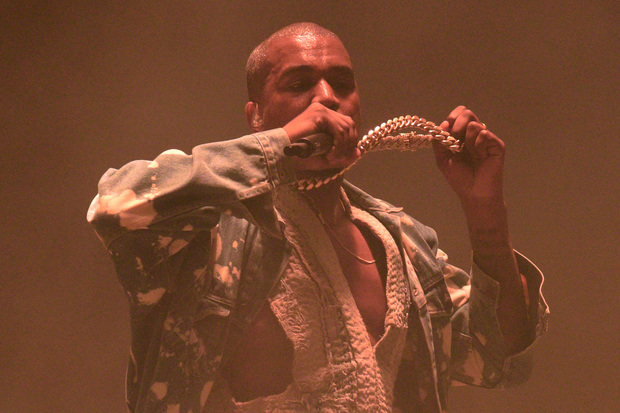 Jay-Z was the festival's first hip-hop headliner in 2008. But since then, Eavis has handed over responsibility for the line-up to his daughter Emily. 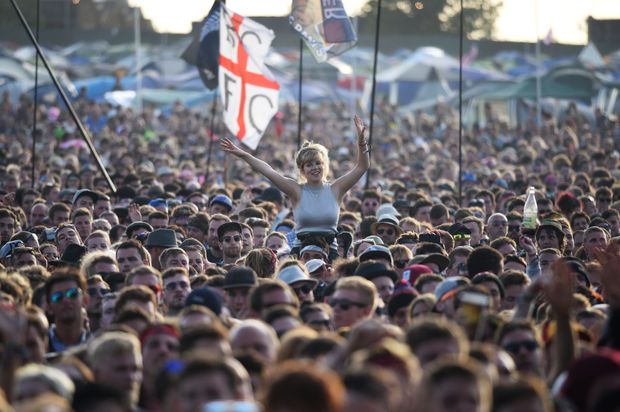