A Ukrainian military transport plane shot down in the east of the country was probably hit by a rocket fired from Russian territory, Ukrainian officials said.

The country's defence ministry said the AN-26 aircraft had been flying at such high altitude that the weapons used by pro-Russian rebels would not have reached it. 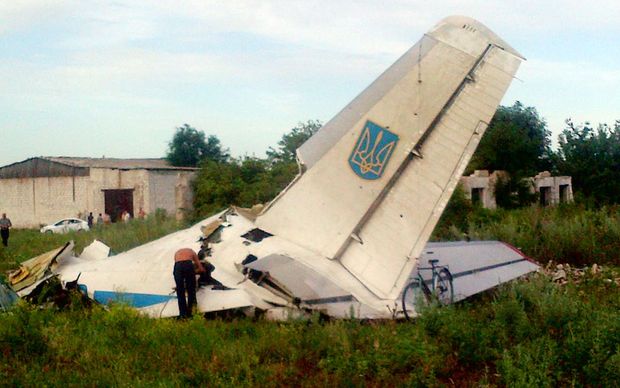 Wreckage of the Ukrainian AN-26 transport aircraft in Lugansk region. Photo: AFP

The ministry indicated some of the crew of the downed plane have survived, and a search and rescue operation was underway.

Russia has made no comment. Separately, Nato reported a Russian troop build-up near the Ukraine border and estimated Russia has between 10,000 and 12,000 troops there.

Russia denies supporting and arming the separatists, and has invited officials from the Organization for Security and Co-operation in Europe (OSCE) to monitor its border with Ukraine.

Rebel forces - who earlier said they had targeted the aircraft in the Luhansk region - claimed they had captured the crew and were questioning them in the town of Krasnodon, according to reports in Russian media. 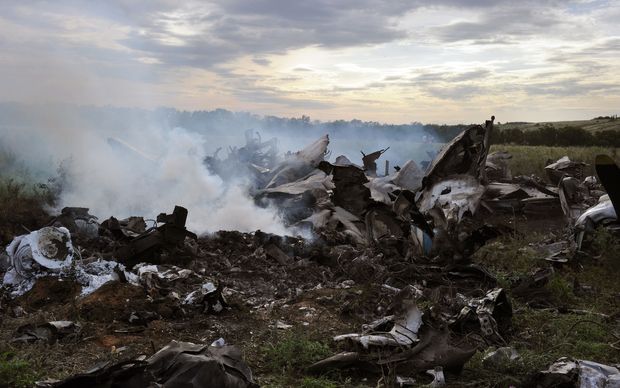 Earlier on Monday, the Ukrainian air force said it had delivered "five powerful air strikes" in the region in an effort to end the blockade of a strategic airport. the BBC reports.

Several targets were hit near the airport in the rebel-held city of Luhansk, a military spokesman said.

Ukraine's military later said the airport had been "unblocked" and the army had retaken several villages.

Separatist rebels have been fighting the government in Kiev since declaring independence in Luhansk and the neighbouring region of Donetsk in April.

The government began an "anti-terrorist operation" in April to crush the rebellion in the eastern regions.

More than 1,000 civilians and combatants are believed to have died in the fighting, which followed Russia's annexation of Crimea in March.