Syrian forces have moved into areas previously held by rebels in Homs after the evacuation of opposition fighters following a siege lasting two years.

Some 2000 fighters and their relatives are believed to have left since Wednesday.

Much of Homs fell to the opposition in 2011, but government forces gradually regained control over the past two years.

Government forces took full control of the heart of Homs on Thursday.

Civilians began returning the devastated zone of the Old City on Friday to find what remained of their homes. Much of the area is in ruins. 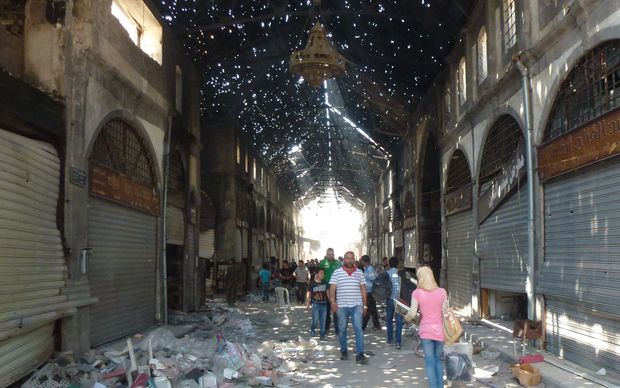 Civilians in the Souk Maskouf in Homs on Saturday after rebels left the old city. Photo: AFP

The BBC reports there is now only one district in Homs - al-Wair in the north-western outskirts - that is still controlled by the opposition.