A member of crew of a South Korean ferry that sank last week says she and her colleagues were "under command" to abandon ship. 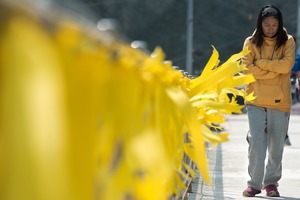 Ribbons of hope have been hung for the safe return of missing passengers. Photo: AFP

The 6825-tonne Sewol capsized during a routine 400km journey from Incheon to the southern holiday island of Jeju in calm weather on 16 April. Investigations are focused on human error and mechanical failure.

The unidentified crew member, speaking briefly to media on the way from court back into detention, was speaking behind a surgical mask and wearing a baseball cap with a jacket hood, Reuters reports.

More than 300 people, most of them students and teachers from the same school, are dead or missing presumed dead in the disaster. As the ferry began sinking, the crew told the children to stay in their cabins. 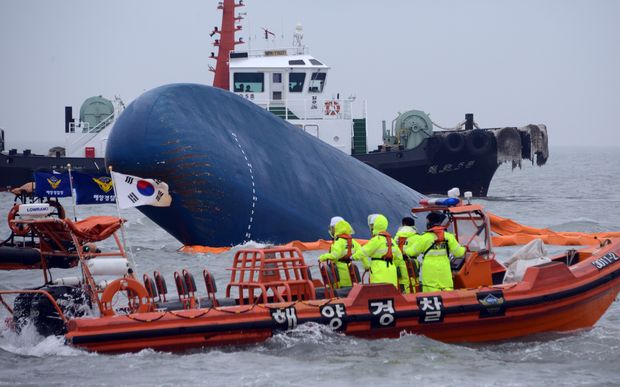 Rescue boats surrounding the ferry which sank with hundreds still on board. Photo: AFP