Diplomatic relations between New Zealand and Israel have been restored after a letter from the New Zealand government expressing regret at "fallout" from a UN resolution that sparked a six-month political crisis. 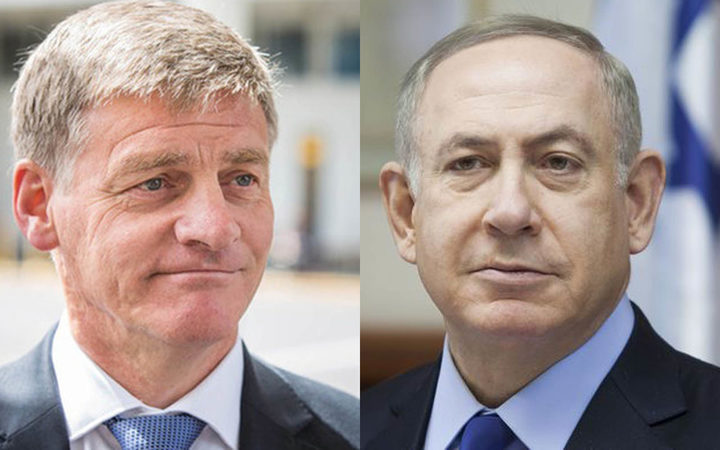 The Jerusalem Post has reported Prime Minister Bill English wrote a letter saying that he regretted "the damage done to Israel-New Zealand relations as a result of New Zealand proposing Resolution 2334 at the Security Council".

"What the letter indicated was that New Zealand wanted to resume diplomatic relations with Israel and regretted that there'd been fallout from the co-sponsorship of the resolution," he told Morning Report.

But Green Party foreign affairs spokesperson Kennedy Graham said the government could not have it both ways.

"They don't know quite what they think. On the one hand, they try to reaffirm the Security Council resolution, and on the other hand they try to assure the Israeli Prime Minister that they didn't really mean it. Now they need to get their act together and say to the New Zealand public precisely what they believe and what they mean."

Labour Party leader Andrew Little said it was important relations were restored between the two countries.

But he said many New Zealanders were proud the country took a principled stand at the United Nations against Israel's unlawful conduct.

Mr Little said that as a long standing friend of New Zealand, Israel should accept that, at times, friends had differences.

"It's proper to have diplomatic relations with Israel and attempt to restore them, but that doesn't get away from the fact that when that country has committed breaches of international law, we have a right to call them out," Mr Little said.

The letter followed a phone call between Mr English and Israel Prime Minister Benjamin Netanyahu several days ago, according to the newspaper's report.

Israel would now send its ambassador, Itzhak Gerberg, back to New Zealand, said the paper.

Mr English said he did not apologise to Israel for the United Nations resolution on the Middle East, but for the fact it disrupted the two countries' relationship.

"The resolution expressed long-standing New Zealand and international policy - what we did express regret about [was] the fact that it disrupted our relationship with Israel.

"It's a relationship we value, Israel was sufficiently unhappy about it that they withdrew diplomatic representation," Mr English said in Rarotonga today.

"Now whether we agree with a country or don't agree with them, we certainly prefer to have diplomatic connection and it's good that Israel has seen fit to restore their post in New Zealand."

Mr English said it was "very unusual" that the United States abstained on the resolution and normally it would not have been passed by the Security Council.

Mr Brownlee said one of his immediate priorities after taking the job in early May was to restore the relationship with Israel.

"There's a lot of things I think think we'd like to sort out relatively quickly... one of them would be getting back into the sort of relationship we've had with Israel in the past," he said, after writing an earlier letter to Mr Netanyahu.

"I think that's important because it's a part of the world that continues to be challenged by not only rogue states, but rogue terrorists as well."