Anti-pornography campaigners have used the Boobs on Bikes parade in downtown Auckland to flash their own messages. 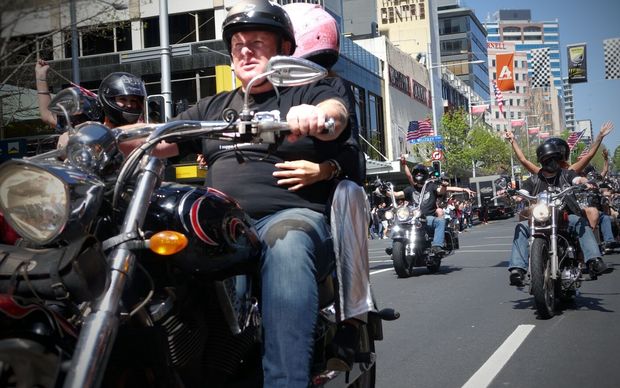 A van load of people from Kaikohe in the Far North were among the attendees - but they weren't there for the topless women.

"If we had someone advertising drugs on the main street of Auckland during the school holidays there'd be an outcry.

"These aren't real women... our Kiwi mums and sisters and aunties... the whole thing is fabricated to actually promote pornography."

The parade, organised by pornographer Steve Crow, often happens before another of his events - the adults-only Erotica Expo. 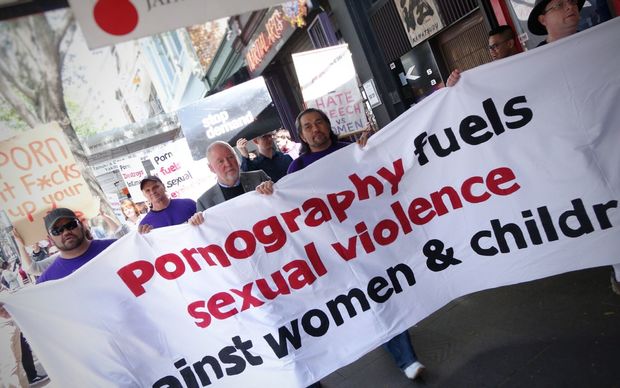 But he said the campaigners were protesting about an issue wider than the Boobs on Bikes parade, and the event was not a specific target.

Denise Ritchie from the Stop Demand Foundation said the parade gave a "great opportunity" to get its messages across.

"We want to capitalise and, if you like, gatecrash on an event to really reach an ideal target market," she said before marching with other campaigners down Queen Street.

Fifteen minutes before the Boobs on Bikes parade started - Denise Ritchie, Mike Shaw and more than 20 other concerned people made their way down the street with banners and placards.

A senior police officer said he was unable to estimate how big the crowds lining the street were because the police had yet to debrief.