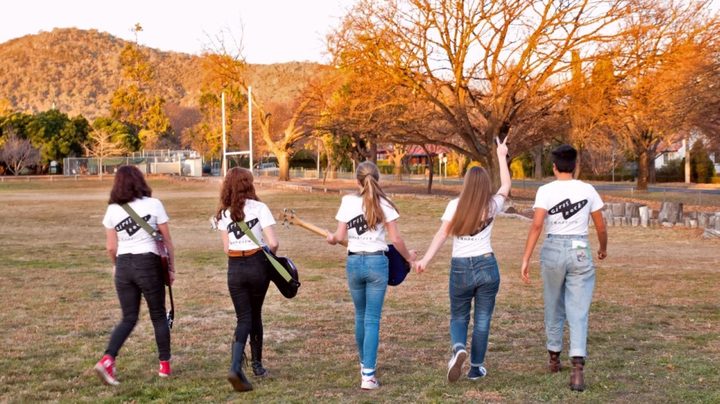 Since its first incarnation in Portland, Oregon in 2001, Girls Rock! Camps have been popping up all over the world, offering young women (as well as those who identify as trans-gender, intersex and non-binary) aged 12 to 17 the opportunity to spend a week hanging out, learning instruments, forming bands and watching live music - no previous musical experience necessary.

For Amanda Cheng, singer and bassist of Auckland band Wax Chattels, the introduction of Girls Rock! Camp to New Zealand was an opportunity she had been waiting for.

“I know many people have had the idea to try and bring it to New Zealand in the past”, she says. “I was like, this is something I feel strongly about, that I wish was around when I was younger. So I was just really keen to help make it happen.”

The camp, which will run for five days in January, will see the participants form bands and write songs while being mentored by female musicians and women from within the music industry and, at the end, perform their work as part of a showcase.

Though young women already confident with music and performing, Girls Rock! Camp will be an exciting opportunity - but, says Cheng, the goals of the camp are broader than just technical music know-how.

“It's really cool to do this as a music thing for young women,” says Cheng. “But I also feel that music, in this case, is sort of the vehicle to help give them some skills and confidence and sort of build a community where young women can connect.”

For the girls and young women who attend, she hopes, it will be an opportunity to enter an environment not usually made available to them.

“It's just a matter of giving them a really fun week and being like you're fucking awesome and you can do whatever you want. I feel like that's not really fostered well, just in the world in general, let alone the music industry.”

Of course, at a time when stories of gendered and sexist conduct in creative industries are surfacing rapidly, it is no coincidence that Girls Rock! Camp chooses to combine themes of female empowerment with practical musical tuition. The news cycle might be catching up with how hostile such industries can be - but for musicians like Cheng it is nothing new.

“The amount of shit I've gotten as a female bass player, the kind of comments like "you just play bass because you can't play guitar," says Cheng. “And it's like, I just fundamentally like the bass as an instrument.”

Music scenes, Cheng says, can be intimidating environments - but they shouldn’t have to be.

“It's not something that's inherent, that young women are intimidated. It’s because you think of rock music and you do think 'cock rock' and that very masculine, show-offy vibe. That's definitely something that's been taught to us, whether explicitly or not.”

In spite of its title, Girls Rock! Camp will be inclusive of many genres, and will host performances by a diverse range of artists - not just rock bands - and the participants will be encouraged to have a go at everything in a safe environment.

While 2017’s Girls Rock! Camp will take place in Auckland, the programme is something they hope can eventually be launched elsewhere in the country - and that will reach more and more young women every year.

“It would be really nice - and I don't expect it to be instantaneous - if we could come up with a programme that gets rolled out to other cities in New Zealand”, says Amanda.

"So that the younger generation don't have to live through the same shit that we did.”

Girls Rock Camp will be held at MAINZ in Auckland from 15-19 January 2018. Apply to be a camper or a mentor here.