The Port Chalmers singer-songwriter's journey with music is about to take another turn. 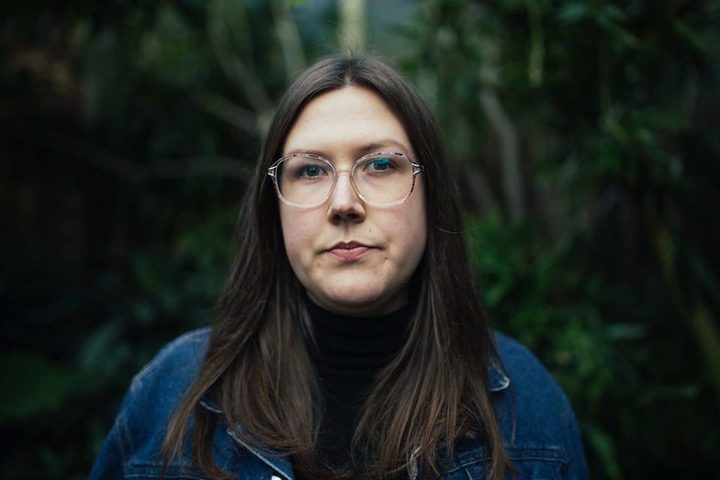 Nadia Reid is one of the eight finalists for the Taite Music Prize. Photo: Josh Yong

A couple years ago, a young songwriter from Port Chalmers named Nadia Reid quietly self-released her first album Listen To Formation, Look For The Signs. It was a stunning debut, and yet it wasn’t until nearly a year later, when it began to feature on best album and song lists from NPR, Pitchfork, Mojo and The Guardian, that those here in New Zealand realised the extent of their homegrown talent-blindness, finally paying it the attention it deserved.

Like so many, I was late to Listen to Formation but made up for my tardiness with a summer spent listening to nothing else, quickly becoming a full-blown, wet-cheeked fangirl.

When Nadia announced at a recent gig that her new album Preservation would be released in March, I got straight on the phone.

Hello Nadia! We’re so glad to hear your second album isn’t too far away. How are you feeling about it? Any sophomore-release jitters?

Not really, no… We’re not aiming to please anyone, or doing anything specifically to fit a certain mould, it’s just business as usual - exactly like when we made the first record. I think I would probably react quite badly if I got into that headspace of thinking about whether it was going to be as good as the first.

For a lot of people the first record might still be their favourite, that’s how I feel about some of my favourite artists’ albums… but an artist needs to grow and be able to progress

What kind of growth can we expect to see in Preservation? How is this Nadia Reid different to the one we got to know through your first album?

It’s more about myself, this album, whereas the first one was about all the people that let me down. I guess it’s about how I’m starting to feel OK with who I am in the world … starting to accept myself a bit more.

You know I’m the sort of person that has a lot of feelings and I think for a long time I felt like there was something - I don’t wanna say wrong - but like it was all a bit of a burden. This journey has meant accepting that actually if I wasn’t the kind of person that is very up and down, then I couldn’t live this kind of journey with music.

There’s a bit of relief in that.

Yeah, that’s interesting. The other night at your gig I felt quite conflicted because while of course I want you to be happy, I also worry about how total contentment might affect your art! I’m so sorry if that sounds inconsiderate…

Haha no, I love that. I think about that all the time. I think i’m always going to be reflective, and different life stages will bring different things to write about so I’m sure it will be ok. But I don’t know, maybe I will be alone forever.

On this album, there’s song named for an ex-boyfriend … that’s a bold move, are you nervous about it at all?

I haven’t really thought too much about it. I’ve never done it before, I’ve always used names that are not people’s real names, and I don’t know if I’ll do it again. I think it makes people feel uncomfortable and I think that’s OK. Fuck I don’t know, maybe I’ll get in trouble.

As you said, you’re not aiming to please anyone…

Yeah, I never really think about anyone else when I’m writing songs, like how it might translate or what people might want to hear. I write music totally for myself and I think if you start thinking too much about how it might be received, that kind of thing, it can be a bit of a downward slope.

I get the impression that you’re happy to work hard, but not to “try” too hard - if that makes sense?

Exactly. That was something I was really conscious of with self-releasing the first album - I didn’t want to have to beg anyone to put my record out, to force something that wasn’t meant to be … because you do see it happening, where it’s all a little bit hard, and I remember observing that and thinking: “If it gets like that then I’m just gonna throw in the towel”.

I don’t want to do that. I want it to be natural.

You had your first European tour back in May and June, how did that all go?

It was incredible. Hard, but in the right ways. It was confronting for my relationship with music, in having to accept the fact that this is what I’m doing and that it’s good … that it’s worth people coming to see [me play]. I had to lean in and trust a bit more … and in the end it was really affirming.

Plus, I met my manager and got a publishing deal which are two very important and exciting relationships.

And now you’re back in Port Chalmers?

Yeah, well my boyfriend and I broke up which was really not part of the plan … but I still want to try and have a base in Port Chalmers and eventually have a house there. For now I’m sort of back with my mother again.

There’s nothing like breaking up with someone and ending up back at your Mum’s house to really hammer it home.

During this interview you’ve mentioned a few times a habit of actively not thinking about things. It reminds me of that feeling when you’re standing up on a cliff about to jump into a river, and the only choice is to just fall because the moment you start thinking about it, it’s all over…

That’s exactly it. I’m quite a ruminator. I overthink things a lot of the time. So I can’t go down the rabbit hole of “what if no-one likes it”, “what if it’s shit”, “what if all my strings break”, “what if I lose my voice”… I’ve learned in a very short time that it’s really important to just have a vision and know your reasons for making music, and be true to yourself and stick to it.

I also think it’s quite easy to get thrown into this world of touring where you have all this access to alcohol and drugs and being out late doing crazy shit and it feeds this weird ego - and you can see how people get fucked up and have to stop. And I wanna do this for a long time. I don’t wanna burn out.