It has been a year since occupiers of disputed land at Ihumātao were served with eviction notices prompting thousands of people to flock there to support the occupation and halting Fletcher Building's construction plans. 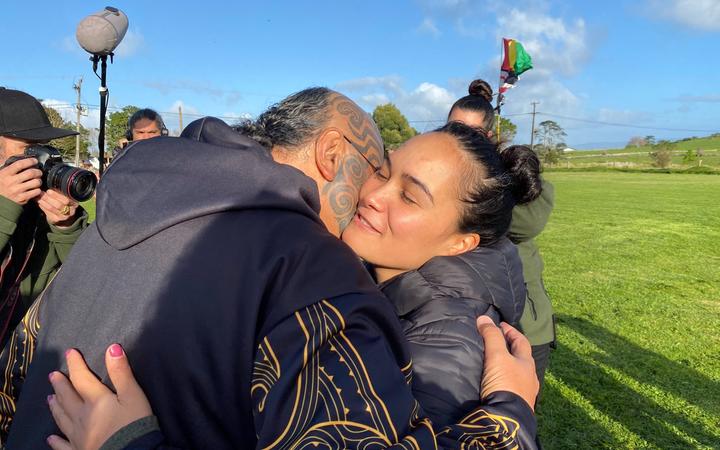 Pania Newton, co-founder of Save Our Unique Landscape (SOUL) at Ihumātao. Occupiers gathered to mark a year since the eviction notice for the disputed land was served. Photo: RNZ / Eden Fusitu'a

Mana whenua and others have remained on site for three years to stop Fletcher Building from constructing 480 houses there.

Occupiers are gathering at 8.20am today to mark one year since the eviction notice was served.

The SOUL (Save Our Unique Landscape) group protested against the proposed housing development saying the land has historical, cultural and archaeological significance and should be left an open space or returned to mana whenua.

Ihumātao is located next to the Ōtuataua Stonefields Historic Reserve in Māngere, near Auckland Airport. It is home to New Zealand's earliest market gardens and a significant archaeological site on land considered wāhi tapu by local hapū and iwi.

About 20 members of the community had been camping by the side of the road opposing the Fletcher Building development since 5 November 2016, some from the group that became SOUL continued to live there.

But it was on 23 July 2019 that the protest ramped up after an eviction notice was served to occupiers with thousands of people from all around the country joining the protesters who were already there to ensure Fletchers did not build houses on the site.

The development has been on hold since then as the government, Fletcher Building and mana whenua have tried to reach a resolution. 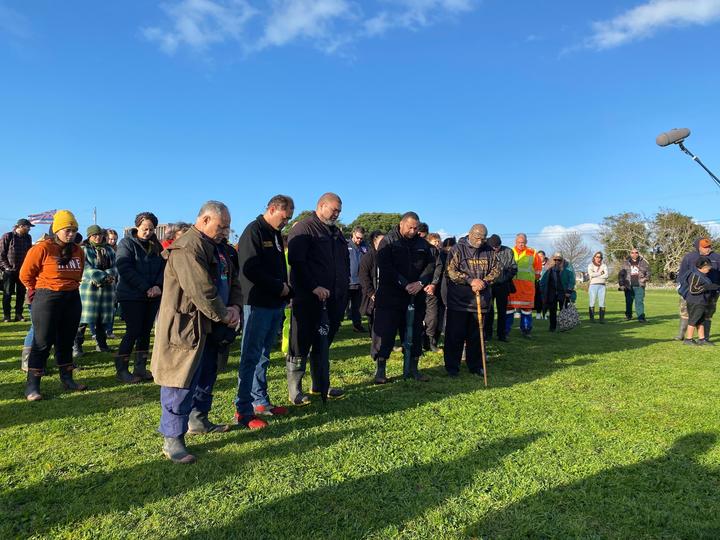 Ihumātao occupiers gathered to mark a year since the eviction notice for the disputed land was served. Photo: RNZ / Eden Fusitu'a

What is the history of this land?

Initially the land was taken 'by proclamation' during the Crown invasion of the Waikato in 1863. It was confiscated under the New Zealand Settlements Act, thus breaching the 1840 Treaty of Waitangi.

The land was then granted to the Wallace family who farmed it for the next 150 or so years.

But in 2014, the government and Auckland Council designated 32 hectares adjacent to the Otuataua Stonefields Historic Reserve as a Special Housing Area (SHA).

In 2018, Fletcher Building said it had been through the Waitangi Tribunal, the Māori Land Court and the Environment Court - as well as the normal consenting process over the land, and in 2019 it said that if a good offer came along it would be open to selling the Ihumātao property. 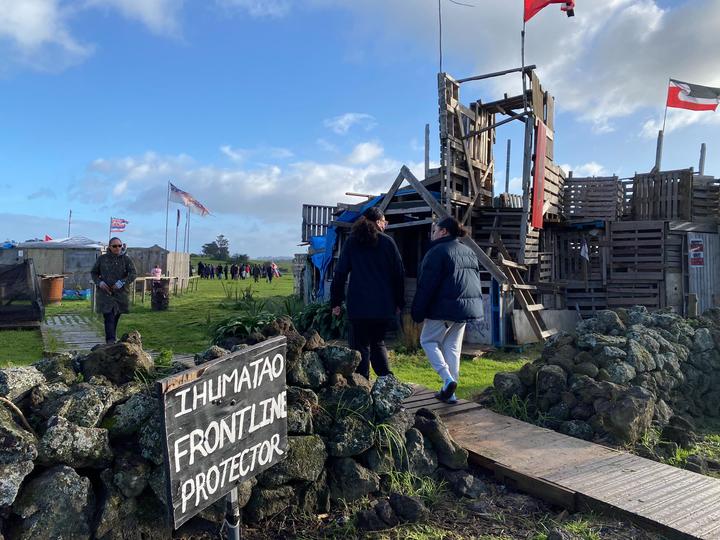 On 24 July 2019, the day after the major occupation began, Auckland mayor Phil Goff said after several efforts there was nothing more the council could do, while Prime Minister Jacinda Ardern said the government would not intervene.

A day later Ardern said that no building would take place at Ihumātao while the government and other parties tried to broker a solution.

The occupation continued and on 5 August last year the police deployed many more officers to what protest leader Pania Newton said was a "very intimidating" five-hour standoff.

Police Deputy Commissioner Wally Haumaha went to Ihumātao to look for some means of resolution and the police presence there was reduced dramatically on 16 August.

In January this year, the Kiingitanga flag came down at Ihumātao after Kiingi Tūheitia facilitated discussions between mana whenua, who eventually came to a consensus that they wanted their land returned.

At the time, Finance Minister Grant Robertson, who is the minister in charge of finding a solution, said he recognised the king's expert leadership in a complex situation and commitment to finding a way through that all parties can be happy with.

He said the government would continue to work with all parties to reach a resolution, and were mindful of Fletchers' position as the legal owner of the land.

Last month RNZ reported that a decision about the future of the disputed land was close and expected to be revealed before September's election, with the land to be acquired under the Housing Act.

That would avoid any conflicts with Treaty of Waitangi settlements, but it would not necessarily mean any houses would be built there.

Finance Minister Grant Robertson last month said he would not be drawn on what a final deal might look like.