Police are at a disputed housing development in Auckland where an eviction notice has been served against occupiers. 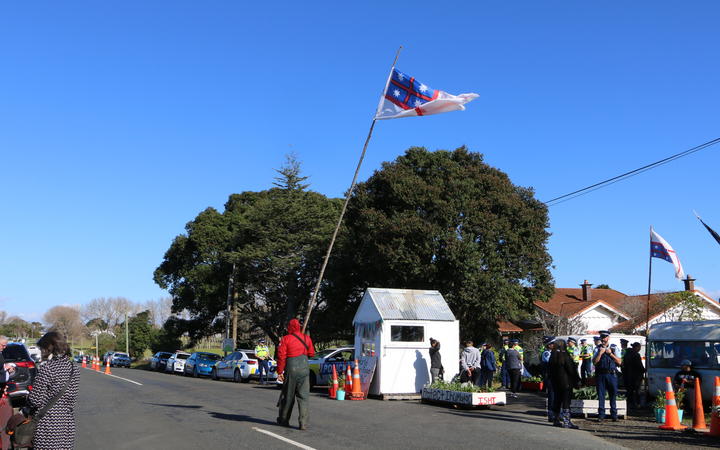 Protesters at Ihumātao where an eviction notice has been served against occupiers. Photo: RNZ / Eden More

A group has been occupying the land, near Auckland Airport, in an effort to stop the development going ahead.

Kaumātua and Maori wardens were encouraging the unlawful occupants to leave the site.

Two occupants who were inside the site had left peacefully, she said.

"Police have been aware of the situation at Ihumātao and we have been involved in ongoing negotiations with all parties involved for an extended period of time, with the aim of reaching a peaceful mediated outcome," Ms Rogers said. 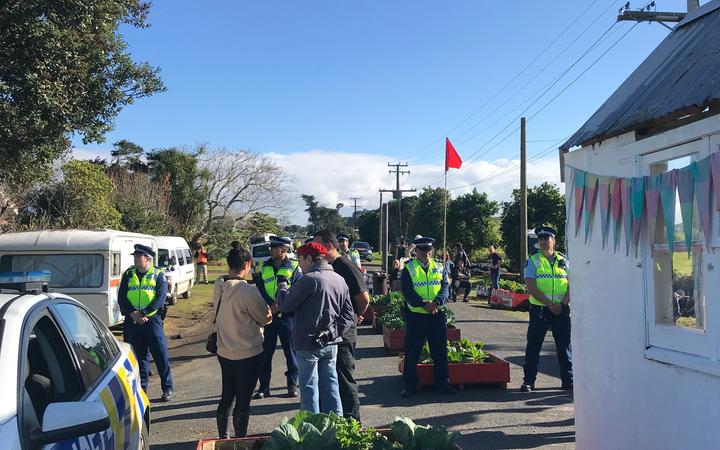 Police at Ihumātao where an eviction notice has been served against occupiers Photo: RNZ / Eden More

"This has included negotiations with local iwi, the local marae, the group Save Our Unique Landscape (SOUL) and Fletcher Building.

"We have been working closely with local Iwi to address the cultural factors involved and ensure everyone is treated with the utmost respect."

Police would remain at the site to resolve the matter and no arrests had been made.

Green Party co-leader Marama Davidson came out in support of the occupants this afternoon. She said they were on the right side of history and her heart went out to them.

"I wanted the government to come to a better solution and negoitate directly with mana whenua, so I'm really sad that it has come to this, which is a continuation of unjust land confiscation," she said.

She also wrote on Facebook that today's actions by police were a modern form of colonisation. "Land disputes like this will never go away until we recognise mana whenua of Māori over ancestral lands," she posted.

Te Warena Taua, kaumātua of the Makaurau Marae, said that some of the protesters had left, but others were hiding at the neighbouring Stonefields Reserve.

The marae and its trust represent mana whenua of Ihumātao. 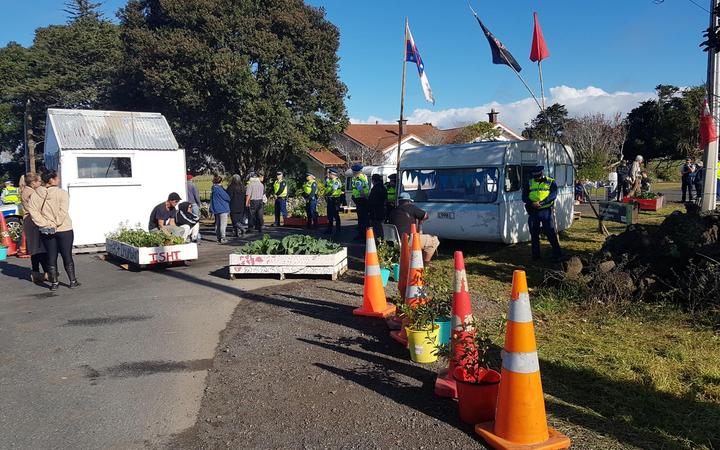 Police at Ihumātao where an eviction notice has been served against occupiers Photo: RNZ / Joanna MacKenzie

Mr Taua, who supports the development, delivered the eviction notice alongside kaumātua from the nearby village, police and Māori wardens.

"We have gone along this morning along with the police - and that was for safety reasons - to the place where the SOUL group are occupying - illegally - land that is privately held so we went there to ask these people who are not from our village to leave."

He said he wanted "peace returned to our village".

Mr Taua said the handful of mana whenua - he believed there were only three or four - who had been occupying the land were going against the rest of their people's wishes.

He said at least 40 of the homes will be made available for mana whenua to live in. 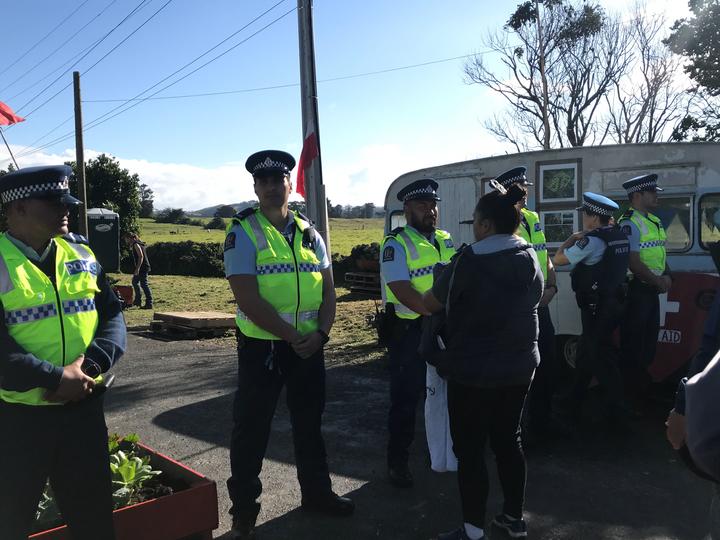 It said it had tried to engage with the protest group since 2016, but they had never shown a willingness to find a solution.

"It was a powerful message to protesters to leave. It was a request from elders who have lived at Ihumātao all their lives - not from Fletcher Building or Police, but from those people who know this land, and its importance.

"Fletcher Building has worked closely with mana whenua for the past three years. We haven't always agreed, but today we supported their hīkoi onto the land, and they support our development moving ahead.

"We are proud that once the Ōruarangi development is complete, iwi members and those who have whakapapa to Ihumātao, will have access to warm, dry, sustainable housing, that will bring them home again. It is unfortunate that a handful of protesters, have attempted to stop that from happening."

Appeals against the Ōruarangi development had been extensively tested in the courts including in the Māori Land Court, Environment Court, and the United Nations and were unsuccessful.

Fletcher had committed to returning more than a quarter of the land it owned to mana whenua, he added.

The group Save Our Unique Landscape (SOUL), which opposes building on the land, delivered a petition with 18,000 signatures to Parliament in March. It urged the government to intervene by either buying the land at Ihumātao or mandating a process to enable affected parties to come up with an outcome that everyone can live with.