Kaitiaki at Ihumātao have had to turn away families wanting to isolate with them. 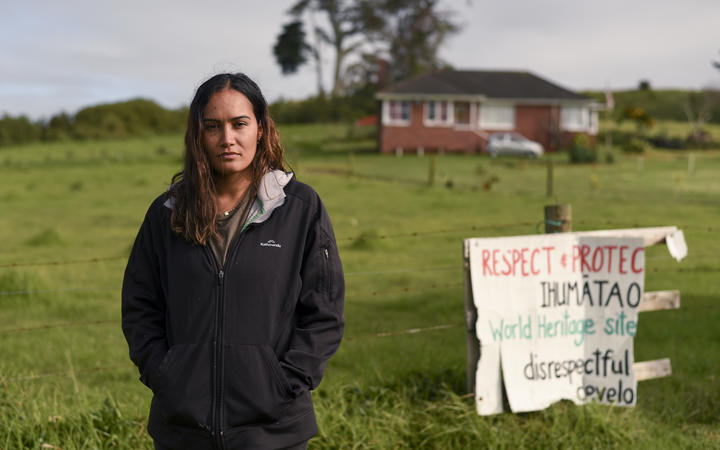 The planned housing development site in South Auckland is owned by Fletcher Residential but it is the centre of a massive Māori land occupation which heightened last year.

Campaigning against the development is SOUL spokesperson Pania Newton who said the number of people occupying the whenua had reduced since police and security presence there dropped off in recent months.

About five whānau were on lockdown at Ihumātao, and they would act as one bubble, she said.

"We have decided that those of us who are here still on the whenua stay as a whānau, as a hapū, and as a grouping, and anything we need to do outside of the whenua only includes going and getting necessities," she said.

"Coming back onto the whenua, we have some strict tikanga around sanitation that will avoid the spread of any germs and also practising distancing - no harirū, no kihi."

Newton, who recently had a baby, said there were roughly 30 people living onsite but at least three extra families had asked if they could stay there during the lockdown.

"They find comfort in knowing we here are self-sustaining, our activities are based on the maramataka and I suspect too that they fear isolation and so coming here and living this kind of lifestyle appeals to them.

"We have had to unfortunately tell them that we are concerned about the virus and we are not in a position to take more whānau on at this time until we know more information about what is going on." 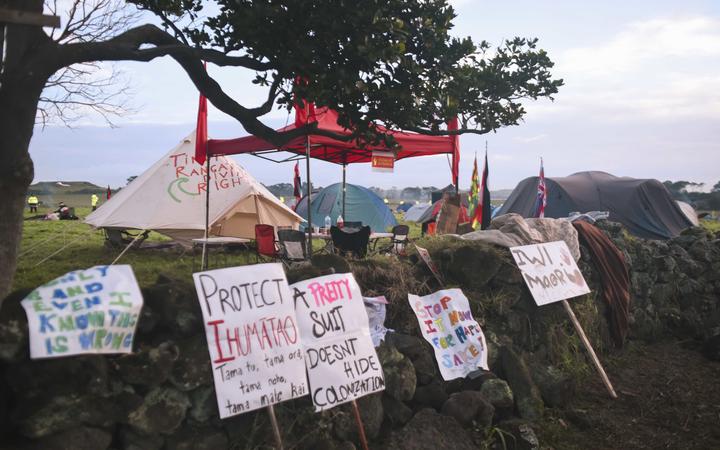 Newton said the tamariki there were happy to be off school and together, and there was a big seedling bank there so the children had been busy planting.

She said they had received no official advice about entering alert level 4 but police have asked them about their plans.

"We are drawing on a lot of our taonga tuku iho and our tikanga that we have implemented over the many months being here - we are drawing on that knowledge, as well as the information that has been put out there by the Ministry of Health.

"Everyone is very calm but at the same time very concerned about what this could possibly mean for us as a country."

Negotiations had been underway between the government, Auckland Council and Kiingitanga at the end of 2019 to find a resolution to the Ihumātao land dispute.

It appears they have been put on hold while the country grapples with the potential outbreak of Covid-19.

The country's health and wellbeing were paramount and those on the whenua were happy to wait for any announcements, Newton said.

"We are not too sure when announcements are being made but we are being patient and obviously we are as a nation need to work through what is happening at the moment."