The disputed land at Ihumātao has been granted the highest level of heritage recognition, but the largely symbolic decision will not bring the conflict to an end. 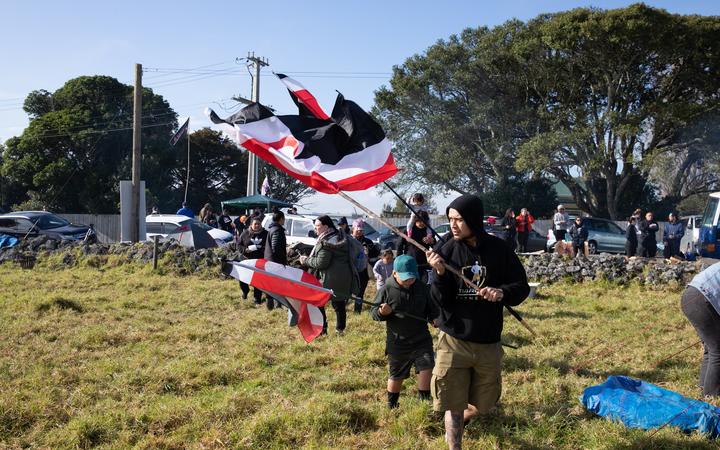 People occupying Ihumātao after protestors were served an eviction notice which led to a stand-off with police last year. Photo: RNZ / Dan Cook

Heritage New Zealand will tomorrow announce that it has extended the borders of the Ōtuataua Stonefields reserve in Māngere to include the controversial whenua.

More than 1500 people submitted, many of whom requested the outstanding significance of the land be appropriately recognised, the letter read.

"Many also commented on the desirability of long-term protection of this historic place," the letter read.

The increased heritage status serves a symbolic and educational purpose, but does not grant any greater protections. Decisions of that sort are decided by a process involving consultation, public hearings and independent commissioners.

As such, the status of the special housing area or any existing resource consent on the land remains intact, meaning it could still be used to build housing.

In July last year, Prime Minister Jacinda Ardern called for a halt to any building work while the government and other parties tried to broker a solution.

In a statement, Finance Minister Grant Robertson said the government was still searching for a resolution that respected all parties, including the Crown, mana whenua, and Fletchers.

"Heritage NZ is an independent statutory entity and this is their decision, which will now go to Auckland Council for further consideration," Robertson said.

Heritage NZ and Newton have both been approached by RNZ for comment.