NZ Golf has learnt its lesson after a major blunder last year in which the winner of the New Zealand Open was bestowed with a fake korowai. 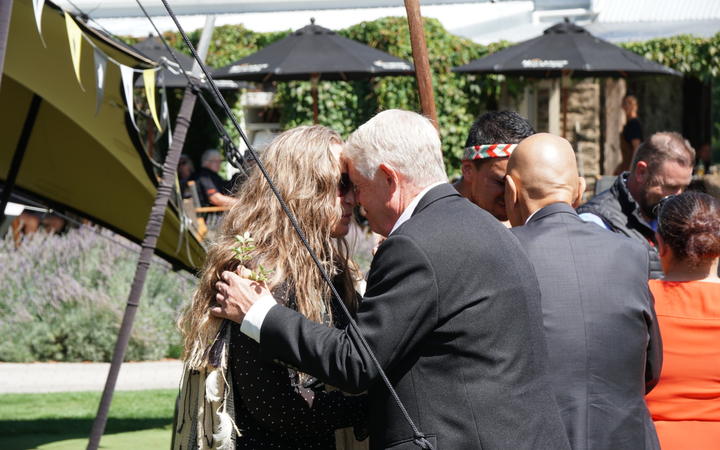 A pōwhiri with participation from local iwi Ngāi Tahu opened the tournament today, and this year's winner will receive a real korowai.

Last year's fake korowai was criticised by renowned weaver Veranoa Hetet, who said it was insulting and a form of tokenism.

NZ Golf has since worked closely with the New Zealand Māori Golf Association to ensure it does not happen again.

The association's Māori golf patron, Waihoroi Shortland, said the gifting of a green stone pendant, carved by Ngāi Tahu's Fayne Robinson, would become a new tradition for the tournament.

"The one thing that we insisted upon, that we are down here to create a tradition, and we want it to be ongoing," Shortland said.

"We are instigating a taonga that will be given to the New Zealand Open champ, kinda like the Augusta thing where you get a green jacket but here you're gonna get a green stone.

"I think a green stone might be a little bit more precious than a green jacket."

NZ Golf chair Michael Smith admitted they got it wrong last year, but said a stronger partnership with Māori was evident in the opening pōwhiri today.

"The pōwhiri was very moving," he said.

"It was a welcome from the mana whenua and this was an ideal opportunity to acknowledge the partnership."

Shortland acknowledged incorporating tikanga Māori could feel daunting for some, but he said reaching out for advice was the first step. 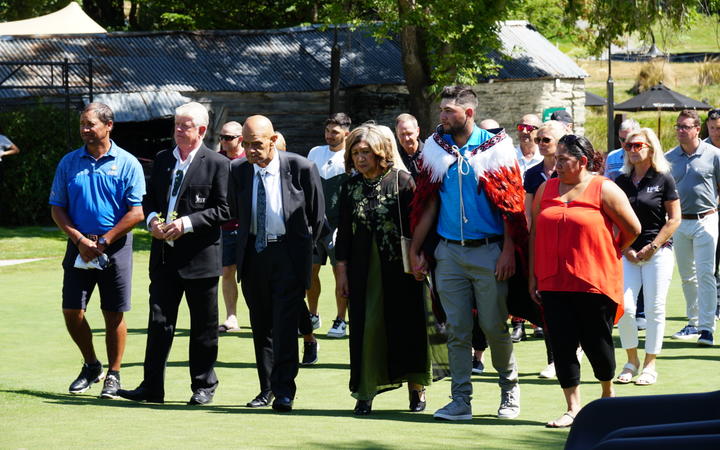 "There's usually a period of stand-offishness between people who want to do it and wonder how to do it. But once they start to engage, do a little bit of soul-searching and people-searching, you will usually find people who can help you work it out."

New Zealand Māori Golf champion Owen Lloyd will have the role of handing over the korowai to this year's New Zealand Open winner.

"This is understanding that we have a huge amount of the Māori population playing golf in New Zealand," he said.

"They may be underrepresented at New Zealand golf, at that level, but we are working on that. They see absolute value in being partners with New Zealand Māori golf, which is why we have gone down this journey in the last 18 months or so."

To further acknowledge that partnership, the NZ Māori champion will get an automatic entry into the New Zealand Golf Open every year.