New Zealand Golf has reviewed its use of tikanga Māori in the NZ Open after a cloak, initially labelled as a korowai, caused a stir last year. 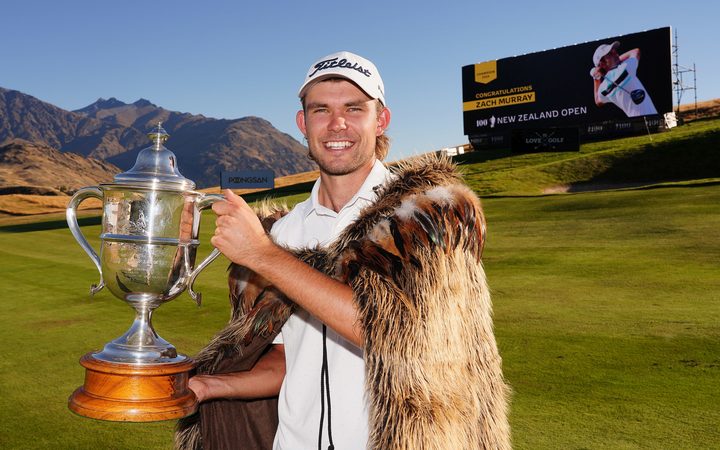 The so-called korowai cloak that draped a victorious golfer's shoulders last year has turned out to be faux fur and not handmade. Photo: Photosport

When Australian golfer Zach Murray won last March he posed for photographers wearing what initially appeared to be a korowai, however, it later emerged it was a factory-made faux fur cloak.

Labelling the cloak as a korowai, or Māori cloak, upset many including well-known weaver Veranoa Hetet.

Hetet, who is also a golf fan, was watching with whānau when Murray was cloaked in the garment.

"I could tell straight away that it was a piece of faux fur that you can buy from Spotlight or Kmart or The Warehouse. I can tell at a glance - I've been weaving for years now and I know when a cloak is real and it's not real," she said last year.

It was important to use the correct term for a Māori cloak so that the real korowai is not belittled or undermined.

Following the controversy, New Zealand Golf said it did not mean to offend anyone and promised to undertake a review of all aspects of the presentation ceremony pertaining to Māori culture and to consult with appropriate iwi leaders and kaumātua.

New Zealand Golf chief executive Dean Murphy confirmed the organisation had completed the review but details would be shared mid next month.

"We have, as promised, undertaken a review of the NZ Open Championship's Māori connection and cultural components," Murphy said.

"We'll be sharing our progress in this area mid-February."

The 101st New Zealand Open begins on 27 February at Millbrook Resort and The Hills near Queenstown and runs until 1 March.