Sexist, misogynistic and an attack on the leadership of Māori women is how recent remarks by Shane Jones have been described, after he called Ihumātao protest leader Pania Newton a young putiputi - meaning a young flower - during his visit to Rātana last week. 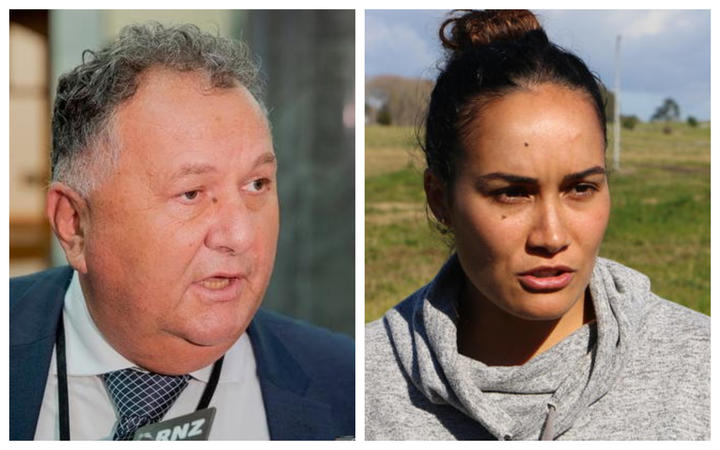 "I am in no way swayed by this constant social media grandstanding by our young putiputi, Pania," Jones, the Regional Development Minister, said.

"Pania must not pretend that she is something in the Māori world that she is not ... you derive your mana in te ao Māori, not from pleasing Pākehā."

A group of almost 100 Māori academics, activists, artists and political commentators have released an open statement calling him a bully, and some want an apology.

A Cabinet minister, Jones has always been a vocal opponent of the land occupation at Ihumātao in South Auckland. Newton said his latest remarks were personal.

"I was really taken back, actually. In our entire campaign he has openly criticised us, but he has never taken direct attacks towards us," she said.

"It's not okay for men to marginalise women, especially Māori men to our wāhine Māori. I didn't just find it an attack on just myself, but it was an attack on all Māori women leadership and considering the history of Māori political movements and the role that women have played I felt that it was an attack on that history and the legacies of wāhine toa."

Newton has occupied Ihumātao for the last three years. Her relentless campaigning to have the disputed land returned to mana whenua garnered support from all corners of te ao Māori, including the kiingitanga. 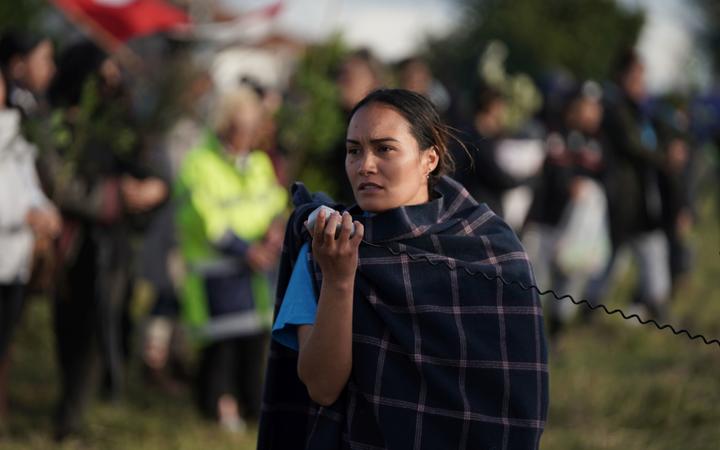 Pania Newton, who has occupied Ihumātao for the last three years, she was taken aback by Shane Jones's criticism of her. Photo: Loading Docs

"As a wāhine Māori leader, I felt a deep sense of hurt by what Shane Jones said.

"Shane Jones is another man who has come in and tried to denigrate Māori women and Māori women leadership. When you look at the history of Shane Jones's statements with Māori women this is where I feel he is highlighting his sexism and his misogyny."

Jones declined to be interviewed earlier, but today spoke to Morning Report.

He said putiputi was a "harmless, inoffensive expression".

"It reflects the fact that Pania is a new flower in the endeavour of Māori politics. And like all new flowers, they have to prove their tenacity. Full marks to the campaign they have run, but the SOUL group has no authority to invert the settled infrastructure and architecture of the treaty (of Waitangi) settlement process.

"The problem with language nowadays, a seasoned chief like myself can't criticise anyone without it having some 'ist' to it. The reality is it is not an offensive term, there will be absoutely no day that I or New Zealand First ever agree with the SOUL group and herself inverting the settled infrastructure of the treaty settlement process. Quite simple.

"This issue does not loom large in the range of ... problems afflicting Māoridom. This issue of Ihumātao, for a small piece of land in Auckland, is not top of the pops when I go around New Zealand dealing with Māori tribes.

He described those who had signed the letter as "habitual political irritants".

Jones said while he liked to see new flowers bloom, it would need "more than the fertilisation of social media to go the distance".

"And look, I've got no problem with the young generation coming through. But their kaupapa of inverting the established infrastructure of the Treaty of Waitangi process, the SOUL group has no authority to do they. They have got no mandate to do that ... When you put your chin forward and seek ... political opportunity, then be prepared to have the slings and arrows of political misfortune flow upon you."

He said as a Māori politician with over 40 years experience his comments were: "One: the SOUL group have no authority. Number two: there are a host of other Māori issues that are equally as compelling and in my view important. And I think the group of habitual irritants who have signed this letter are just trying to stir.

"The SOUL group are not a hapu group. A hapu group reflects classical traditional Māori leadership. And a host of ... political mosquitos descending upon a piece of land does not represent classical established hapu or Māori leadership. And we should not be upending (that) just because social media has breathed life into a group that the majority of us know nothing about." 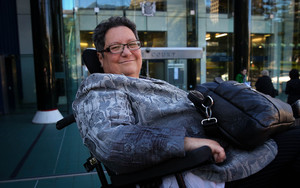 Dr Huhana Hickey, who also signed the public statement, said Jones had some answering to do.

"Calling someone a putiputi is rather a condescending statement, dismissing our rangatahi who are doing the hard yards, often, in advocacy and in advocating.

"She [Pania Newton] hasn't been pleasing Pākehā and she has already derived her mana in te ao Māori. She lives out that way, she breathes it. I've watched her, seen her over the years grow in her knowledge of indigenous issues and that woman has mana."

"I think if he kanohi ki te kanohi to her, apology, sit down and listen to her, he will know what she is saying," she said.

"Yes he's a politician but that's not appropriate and in our world we like to kanohi people, sit down and talk to them if we have a raru with them and he didn't do any of that. He just made a media statement that was quite dismissive, condescending and a little bit insulting."

Newton said she would be happy to meet and have a kōrero with Jones.

A resolution to the Ihumātao land dispute is expected to be announced before Waitangi Day.