A forestry company with close links to New Zealand First says it gave a presentation to Shane Jones about a project it was seeking a $15 million government loan for - months before Jones says he first heard of it.

When NZ Future Forest Products (NZFFP) applied for Provincial Growth Fund money on 8 April, 2019, the company was asked whether the project had been "previously discussed" with the government.

The application form shows NZFFP ticked the 'yes' box and said it had made a "presentation to the Minister" about its forestry and wood processing plans "including descriptions of the applicant".

Jones, a New Zealand First MP who is forestry minister and the minister responsible for the $3 billion Provincial Growth Fund, has consistently claimed he first heard about the NZFFP bid on 14 October last year.

Jones refused to be interviewed over the latest revelation but in a statement said the presentation never happened. "There was no presentation as described by the applicants," he said.

The statement said Jones "did not have any Ministerial meetings to discuss the application".

After being asked if he had any meetings at all with any NZFFP representatives in 2019, he responded in a statement "no". He went on to say he was "not involved in PGF-related conversations with the Henrys under the guise of NZFFP".

But in an interview with RNZ, David Henry, who is Brian Henry's son and the NZFFP director who signed the application form, said the presentation was a 15-minute meeting he and Jones had in Wellington.

"We had a discussion with Shane. I think it was about a 15-minute chat. Whether you want to call it a briefing or a presentation - it was a short discussion generally about the New Zealand wood supply chain and what we personally believed." 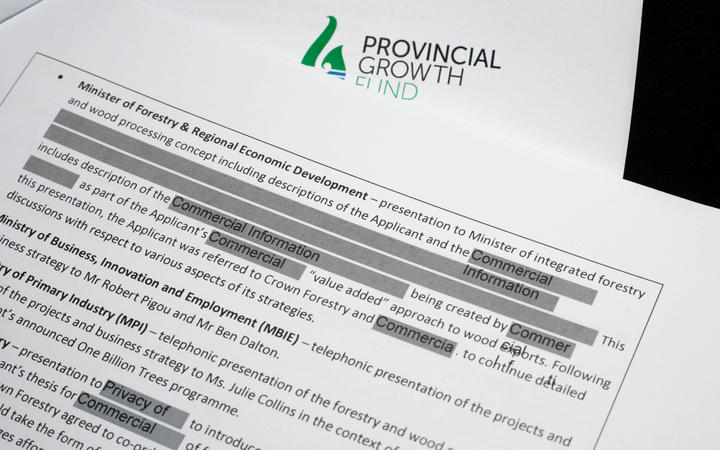 In its application to the Provincial Growth Fund, NZFFP said it had given a presentation to the minister. Photo: RNZ / Claire Eastham-Farrelly

Henry said he couldn't recall when the meeting was, where it was, who else was at the meeting or who set the meeting up. He also could not recall whether this was the first meeting he'd had with Jones or whether he mentioned the name of the NZFFP company.

He did recall, though, that the Provincial Growth Fund application was not discussed. "It wasn't a discussion about NZFFP."

On the PGF application form Henry wrote that "following this presentation the applicant was referred to Crown Forestry … to continue detailed discussions" about its strategies.

In the interview with RNZ Henry said he could not recall whether it was Jones who referred him to Crown Forestry. Jones denied doing this.

Jones wrote to the prime minister on 14 October - the day he said he first learned of the bid - recusing himself from the decision-making process because of a conflict of interests.

The company claimed it had no conflict of interest in bidding for public money. NZFFP's application for the $15m loan shows it ticked the 'no' box when asked whether it or key staff had "any actual, potential or perceived conflicts of interests" in relation to this project.

"We submitted an application, we answered all questions from the officials, it's up to their own internal processes to determine that," Henry told RNZ. "I'm a business person. It's up to politicians to abide by their rules."

Details of the application were denied to RNZ under the Official Information Act by the Ministry of Business, Innovation and Employment but then heavily redacted versions were quietly released on the Provincial Growth Fund's website two days before Christmas.

The documents show that a government-appointed advisory group, called the Independent Advisory Panel, was supportive of the NZFFP proposal and wanted the $15 million loan to go ahead.

The chair of the panel, Rodger Finlay, who was appointed by Shane Jones, wrote to Jones on 10 July saying "the IAP are supportive of the overall objectives" of the NZFFP project, which they believed could generate jobs.

Finlay told Jones that the IAP's support for the $15 million loan came after an IAP meeting on 19 June where they discussed the proposal.

The agenda for that 19 June meeting was also sent to Jones. In it, PGF officials, from the Provincial Development Unit (PDU), clearly spell out the New Zealand First connections.

"The PDU notes that Brian Henry is well known to Minister Jones and Deputy Prime Minister Winston Peters via the NZ First Party," the document says.

The PDU opposed granting the loan to NZFFP but Finlay and the advisory panel continued to support the project.

Jones appointed Finlay to head the IAP in March 2018 and then in July last year appointed him as chair of Provincial Growth Fund Ltd - an asset holding company for the PGF.

Finlay is an experienced director known to donate to politicians, including several thousand dollars to Jones's unsuccessful bid for the Labour Party leadership in 2013.

Also on the eight member IAP is David Wilson, who has a PhD in regional development and was the New Zealand First candidate for Te Atatu in the 2017 election.

In total, five documents mentioning the NZFFP bid were sent to Jones' office between 17 June and 14 October when Jones recused himself.

Last year the minister said he only personally received two of those documents and neither of those disclosed the involvement of Brian or David Henry.

NZFFP wanted the money for a feasibility study for a wood processing and manufacturing project to be based in Northland.

The application gives 31 March as the "activity/funding start date" which is just four days after the company was incorporated with the Companies Office on 27 March. 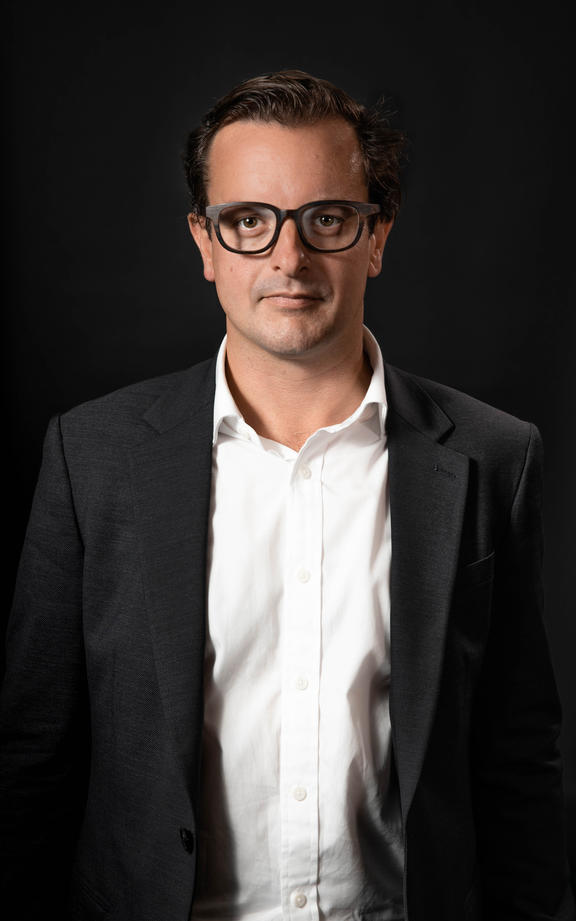 Many of the project details have been redacted from the documents but NZFFP wanted to develop a wood processing business and design patent protected modular solutions for use in mid-rise building construction.

"We're very interested in the idea that New Zealand can actually export finished products to the world - it's a highly sustainable product," Henry told RNZ. "Our flagship project is the idea that we can modularise flatpack and containerise residential buildings that can help solve the world's housing crisis."

NZFFP's application for the $15 million loan praises the government's forestry policy saying it has "created a supportive environment" in which the company's business case can help revitalise New Zealand forestry.

"Without current government policy creating this environment the applicant's shareholder would be unable to proceed with anything other than its previous business model which focused on existing New Zealand forestry only."

While the Independent Advisory Panel backed the loan, officials from the Provincial Development Unit did not. Much of their reasoning for opposing the loan has been redacted from the documents but it does note that because NZFFP was a new company it did not have annual accounts. "Limited financial information has been provided in support of the $15m cost (and PGF loan requested) for the feasibility study."

After Jones recused himself it was left to Labour Party ministers Grant Robertson, Phil Twyford, David Parker and David Clark to make the decision on the loan on 7 November.

Just before the meeting, on 4 November, Finlay wrote to those Labour ministers and again recommended that the NZFFP loan be approved, but the ministers turned the bid down.

David Henry said the company would not apply for public money again but the company was pushing on with its goals. "I'm a businessman who spent 15 years overseas. I'm bringing back my expertise to apply it to an industry that my family's been involved in since the 1870s," he said.

"I care deeply about the men and women who get up every morning and work across our country and forests, in sawmills and in re-manufacturing, to try to deliver value added products to the world. And that's what I want our company to do."