New information has emerged showing it was the New Zealand First chief of staff who identified potential conflicts of interest between a forestry company and two senior government ministers, sparking a series of declarations. 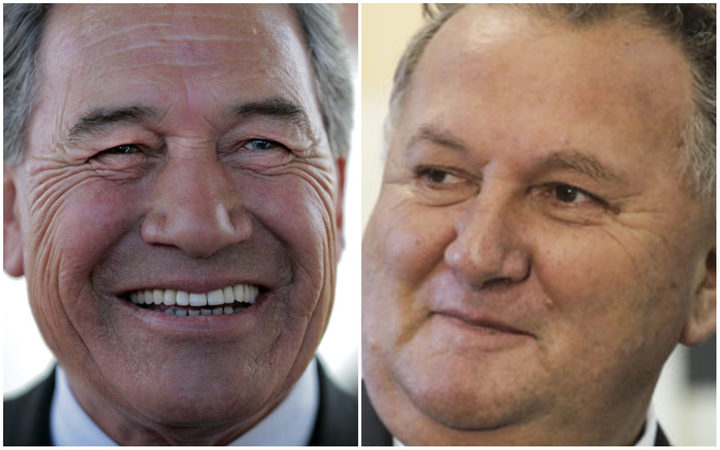 The company's directors include Winston Peters' lawyer Brian Henry and Mr Peters' partner Jan Trotman; it made an unsuccessful bid to borrow $15 million from the Provincial Growth Fund, which Mr Jones is responsible for.

Mr Jones has recused himself from the decision-making over the bid because of his long-standing relationship with Mr Henry, who is the judicial officer for NZ First as well as Mr Peters' lawyer.

Documents provided to RNZ show Mr Jones wrote to the prime minister advising her of his conflict of interests on 14 October - the same day RNZ lodged an Official Information Act request with his office.

New Zealand First has since given RNZ a number of emails showing the chief of staff, Jon Johansson, had drafted two letters, one for Mr Peters and one for Mr Jones, the Friday before - on the 11th.

Mr Jones has told Parliament he was only "formally" made aware of the NZFFP bid to the Provincial Growth Fund on 14 October; Mr Johansson said the minister's office was informed about draft letters on the Friday.

Mr Johansson said he had asked for more detailed information about all of the companies applying to the Provincial Development Unit.

After doing further due diligence he said he discovered the connection between Jan Trotman, Brian Henry and NZ Future Forest Products, and the resultant conflict of interest for Mr Peters and Mr Jones.

Mr Peters' conflict of interest letter, dated 14 October, states there had been "no visibility" for him on any aspect of NZFFPs Provincial Growth Fund application, "nor foreknowledge of its lodgement ... until my chief of staff brought it to my attention this morning".

The Cabinet Office confirmed on 7 November Mr Peters' register of interests had been updated accordingly, saying the prime minister would not be "specifically briefed" on the change, but her office had been included in communications.

Her approval was also sought to transfer ministerial responsibility for the decision on the Fund application away from Mr Jones.

Mr Jones' letter also includes the assurance he had neither seen anything to do with the PGF application, nor knew about it beforehand.

His conflict relates to the NZFFP directorship of David Henry, Brian Henry's son. The letter says Brian Henry is a "long time lawyer of the NZF leader and an acquaintance" of the minister.

"Although I have the barest of relationships with David Henry it is prudent and appropriate for me to declare a conflict of interest," his letter states.