A ropū of Māori and Pasifika climate campaigners pushing for indigenous voices to be heard on the world stage are set to attend the United Nations Convention on Climate Change in December. 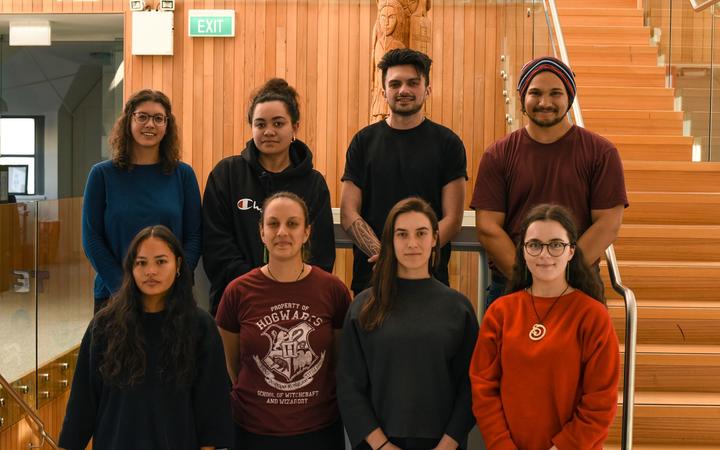 Te Ara Whatu are pushing for indigenous narratives and challenges to Pacific communities to be apart of the UN Climate Conference. Photo: Supplied

The indigenous youth climate delegation Te Ara Whatu have previously sent two other delegations, including last year where they unsuccessfully fought for indigenous rights to be included in the Paris climate rulebook.

This year's climate conference was due to be held in Chile, but the president cancelled it on Thursday due to widespread anti-government protest. The government of Spain offered to hold the conference instead, and the United Nations has confirmed it COP25 will take place in Madrid on 2-13 December.

"We totally support the withdrawal because... we don't want the focus of Chile's administration to be split between hosting 30,000 people and trying to resolve these really massive conflicts that are happening there.

She was hoping it would be relocated. "I think now more than ever, and in the context of these conflicts going on, not just in Chile but in Lebanon and other places in the world, we really need to amplify the idea of how social and environmental justice interlinks."

The first-time delegate said that, while in previous years they had focused more heavily on influencing policy, this year's ropū wanted to share the narratives from their various takiwā.

"For me personally that includes heading home up to the Far North and hearing the stories about the effects of local climate change and how they're responding because a lot of our marae are situated on coastal areas so it's about having a conversation about how our marae are responding."

It will be those stories that she aims to raise with other indigenous nations, and New Zealand representatives to ensure that indigenous voices are amplified on the world stage.

The ropū of eight, which includes six delegates, have just over a week to fund-raise more than $7000 to get to the conference.

* This story has been updated to include confirmation from the UN that Madrid will host COP25 in December.