The chairperson of the climate change iwi leaders' group has launched a criminal lawsuit against the chief executive of Austrian oil giant OMV.

Mike Smith, of Ngā Puhi and Ngāti Kahu, is accusing OMV's chief executive Rainer Seele of crimes against humanity and the environment, including genocide, in the International Criminal Court.

The climate activist delivered the news outside the OMV headquarters in Vienna, Austria.

OMV has not yet responded to requests for comment.

It is not the first time Mr Smith has taken legal action - in July he filed papers in the Wellington High Court against the government, seeking a declaration from the Crown that it will halve greenhouse gas emissions in the next decade and eliminate them by 2050. 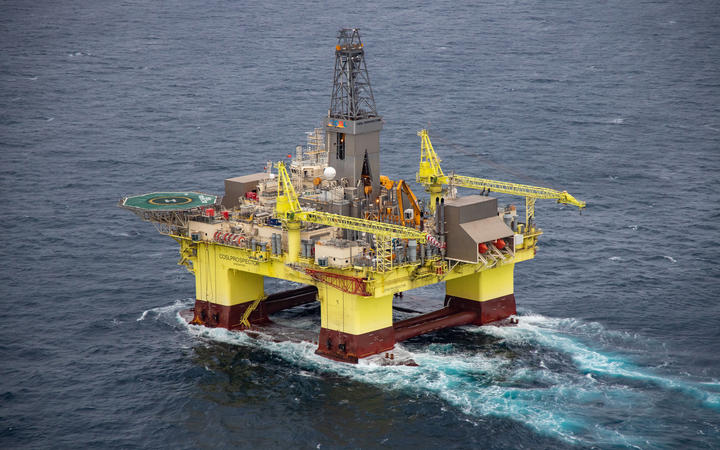 Mr Smith claimed OMV had contributed to the destruction of the land and livelihoods of indigenous peoples, including New Zealand Māori.

"By continuing the search for new oil and gas to burn in the face of the climate emergency, companies like OMV are condemning our grandchildren to a future of immense suffering," Mr Smith said.

"These officials know what harm they're doing, they've read all the reports from the ICCC [Interim Climate Change Committee], and they're wilfully putting their profits before the safety of millions of people all over the world.

"We believe that this is a crime of global proportions and as such, the company executives that are making these decisions deserve to stand trial."

Mr Smith wants to stop OMV from drilling 12 wells off the coast of Taranaki, and a deep sea exploratory well off the Otago Coast, which is set to start this summer.

"We're really lucky and we should be proud that our government has recently instituted a ban or has agreed not to issue any more permits to off-shore oil companies to explore in our marine space and OMV is the last of the international companies to be exploring," he said.

"So once we get rid of them, we'll be able to proudly stand on the world stage and say New Zealand is taking the required action to transitioning away from the exploration aspect of fossil fuels," Mr Smith said.