Farmers won't have to start paying for their emissions until 2025, as long as they make progress in finding ways to measure and price emissions at the farm level. 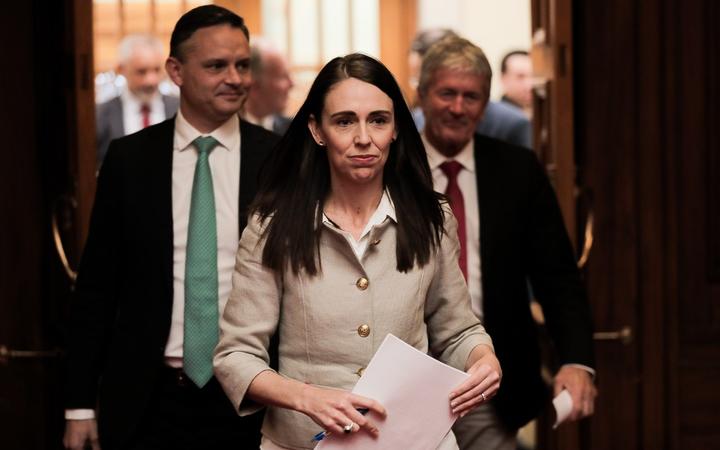 But in the meantime legislation will still be passed putting agriculture into the Emissions Trading Scheme (ETS) from 2025, with a 95 percent discount rate.

In July the government announced it had reached an historic consensus with the agriculture sector on the need to implement farm-level pricing on emissions from 2025.

Today it announced farmers have been given five years to develop practical ways to measure and price emissions at the farm level, separate from the ETS.

In the intervening years the government will heavily support farmers to make the transition.

However, if a review held in 2022 deems the sector isn't making progress, the government can put the sector into the ETS earlier, at the processor level.

If that happened farmers would have to pay for their emissions but would only have to wear 5 percent of the cost, which is part of the coalition agreement between Labour and New Zealand First.

Agricultural emissions make up about half of New Zealand's reported emissions.

Emissions from all other sectors are priced through the ETS.

Under the plan announced today farmers will have to voluntarily report emissions to the government in 2023, and mandatory reporting would come into effect the following year.

The government said "as agreed with the sector we will work together on an alternative pricing mechanism for on-farm emissions in 2025, as the ETS was originally developed for a small number of big companies, not tens of thousands of individuals".

"I'm proud that we have a world-first agreement as part of our plan to tackle the long-term challenge of climate change and we've done that by reaching an historic consensus with our primary sector," Prime Minister Jacinda Ardern said.

"This plan provides the primary sector with certainty and puts us shoulder-to-shoulder on a path to reduce emissions, with ongoing support to help with the plan such as the $229 million Sustainable Land Use investment," she said.

Dairy NZ, along with Beef + Lamb and Federated Farmers said they "welcomed the government's decision to work with farmers and growers to achieve practical and effective outcomes" on climate change.

They said farmers continued to work towards more efficient production of "low-emissions food" and wanted to ensure they stayed "world leading without undermining the competitiveness and resilience of our primary sector".

"That's why we are committed to working in partnership with the government to creating the right environment to incentivise and support change as the world transitions to a lower emissions economy in an effort to limit global average temperature increase to 1.5-degrees above pre-industrial levels whilst maintaining food production", said a joint statement.

The sector was pleased the government had "recognised that it does not make sense to bring agriculture into the ETS", and there was now a pathway to develop a more appropriate framework.

It acknowledged the "regulatory backstop" if the government did not feel enough progress had been made to enable a farm-level mechanism.

"Like the ICCC [Interim Climate Change Committee], we do not believe a processor level ETS mechanism is the right approach, but it is the government's prerogative to put this in place."

Ms Ardern said the plan would give farmers autonomy over their own businesses.

"This agreement will stick and it means instead of debating what we do, we get on with doing it," she said.

The National Party's climate change spokesperson Scott Simpson said it was a backdown by the government.

"They've kicked it to touch for a few years, but what I am pleased to see is that the government is finally beginning to deal with farmers rather than deal to farmers," he said.

But Mr Simpson added the ETS is still looming over farmers' heads.

"That will be a worry to the whole sector, so this is a government who likes to tax, likes to punish and beat up on farmers and we hope that they don't use that backstop, but it is still there," he said.

Forest and Bird chief executive Kevin Hague said the changes lacked urgency but were at least a step in the right direction.

"The question will be is how much of their fair share of the burden farmers will be shouldering, and of course for us we're concerned that it's proposed to take another five years to do it.

Mr Hague said the time to make gradual change had been all but used up, so now there needed to be urgent and dramatic change.