Act MP David Seymour is confident the public is well-equipped to vote in a referendum on whether to ratify legislation to allow terminally-ill adults to request assisted dying. 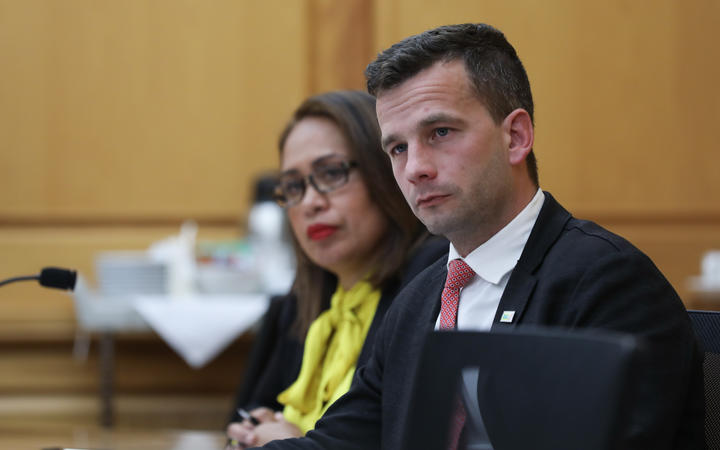 Mr Seymour, the main sponsor of the End of Life Choice member's bill, told Morning Report ordinary New Zealanders' life experience and years of public debate meant people were well-informed on the subject and able to responsibly vote on it.

A crunch vote in Parliament yesterday on whether to allow the public to have the final say on the End of Life Choice Bill narrowly passed by 63 votes to 57.

The legislation would allow adults with a terminal illness to request a lethal injection to end their lives.

It still needs to pass its third and final reading in Parliament next month, which looks likely after winning support from New Zealand First MPs, who had demanded the referendum as a quid pro quo for backing it.

Mr Seymour said he welcomed the referendum as a way to deliver the legislation and was confident the public would vote in favour of it.

He said through the process of gaining party political and civic support for the bill, changes had been made that had effectively made it acceptable to a wider range of opinion.

"If you look at the process that we've gone through, at various times we've made changes," he said. "The Greens, for example, said they'd only support the bill if it was for terminal illness only.

"We had people from the disability lobby saying 'we're worried that this could discriminate against people with disabilities', so we made it very clear by putting in the bill that nobody can access this bill purely due to having a disability.

"Throughout this process we've worked with a whole range of stakeholders to make sure we had a bill where everyone was happy. New Zealand First was one of those stakeholders, they have 9 votes and are part of the coalition and their condition was to have a referendum. This is how laws get made."

During last night's debate in Parliament, National MP Alfred Ngaro, who opposed the bill, told the House it would be "irresponsible" to have a referendum.

"Why would you want to unleash a complex and difficult and socially-impacting decision onto a public by a 'yes' or a 'no'?" he said.

Labour MP Louisa Wall, who backed the bill, also criticised the referendum move and claimed public debate would be too divisive and misinformed.

"It would be difficult to say there hasn't been a comprehensive debate publicly. I've done 30 public meetings in the last two years, literally from Kerikeri to Gore. I find it a little bit offensive to say the public don't really know what they want. The reason that there is so much support for this bill can be summed up in two words - life experience.

"Overwhelmingly I've found that people who have had bad deaths in their family, who have seen it, have said 'look, when my time comes. I may not use it, but I'd like the choice. We have to be a little bit cautious about under-estimating the public."

Deputy Prime Minister and leader of New Zealand First Winston Peters agreed and said to suggest MPs were better qualified than the public to decide on the issue was simply wrong.

He told Morning Report: "This issue is a very big issue in the public's mind and the public are very well capable of deciding what the important moral issues are for them and that they should be given a chance in a wider democracy to have their say."

Polling has suggested the public would vote for euthanasia at a referendum.

A 1 NEWS Colmar Brunton Poll in July, before the second reading of the bill, suggested about 72 percent of the public supported assisted dying in some form.