A dispute over a $30,000 tax bill has broken out in the Māori Women's Welfare League on the day its national conference is starting in Auckland.

The Manurewa branch, Nga Wahine Atawhai o Matukutureia, has accused the national body of acting disrespectfully over a debt it denies owing, but the league's president disagrees.

Inland Revenue has recovered the $30,000 it demanded but the question of who should have paid it is continuing.

But the treasurer of the Manurewa branch, Georgina Kupa, said after investigating they believed the national organisation was responsible for the money.

Ms Kupa said the dispute had gone beyond the simple matter of who owed what.

"It's really not about the money for us. We don't give a damn about the money because it will just go into the coffers and be used to run the services that we work with in the community.

"It's really about the mana of our pākeke, the older ones in our group. One in particular has been in this league for 36 years and she's shattered at the way we've been treated." 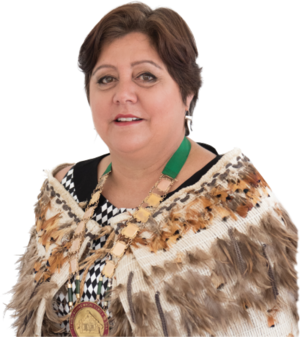 "They've had three copies of the statements of accounts, as has their accountant.

"The only issue is that they don't think they should pay it. They had the opportunity to come to this year's conference to ask the national council. We can't write off as a management body $29,000 of debt without getting that direction."

Mrs Kupa said the branch brought in an accountant who had gone over the accounts and concluded they did not owe the amount the national body alleged.

Mrs Kupa said the branch and its members had been treated disrespectfully by the organisation.

"We would have expected her [Ms Kapua], as the lead person, to make time to come and talk with us. "

"The league is about tatau, tatau, we're all in this together, kanohi ki kanohi [face to face]. She has not done any of that."

But Ms Kapua disputed this, and said she had made numerous attempts to resolve the issue.

"We've been trying to resolve how we deal with it. I have responded to them every which way in terms of all the matters they have raised."