At just 37 years of age Huhana Seve has dedicated nearly half her life to researching family treaty claims. 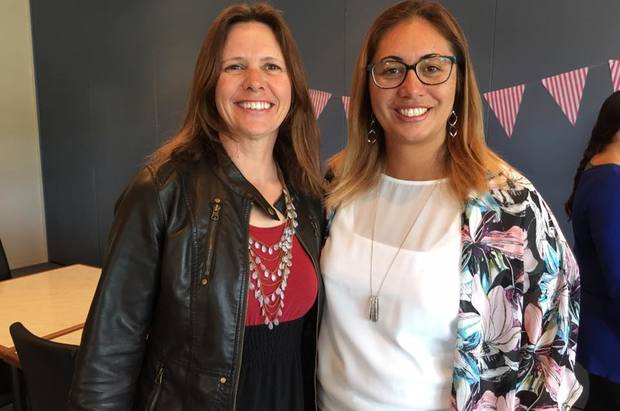 Tomorrow she'll take the floor to deliver yet another - a family claim for Whangaruru.

But Ms Seve says her claim is an anomaly because while she's of Ngati Wai descent her claim isn't included in the Ngatiwai treaty negotiations.

Her claim will be heard before the Waitangi Tribunal tomorrow at Te Paparahi o te Raki hearings while her tribe, Ngati Wai has voted to go directly to negotiations with the Crown..

Each treaty claimant is entitled to research funding through the Crown agency Crown Rental Forestry Trust but the agency won't split the funding.

A spokesperson said "CFRT does not fund individual WAI claims and only provides funding to Approved Clients who meet CFRT's eligibility and capability criteria. The Trust's long-standing Single Funding policy states that CFRT will fund an Approved Client in either settlement negotiations with the Crown, or a Waitangi Tribunal District Inquiry."

Ms Seve's funding has gone directly to the Ngatiwai Trust board and unless the board decides to allocate her funding she's out of luck.

"Claimants within Whangarei taiwhenua (region) have the opportunity to stand on maunga (mountains) and hillsides and send the drones out into the rohe (areas) to show what their tribal lands look like. We didn't have the benefit of that opportunity because we lost funding, we lost the opportunity to sit with the GIS mapper that CFRT (crown rental forestry trust) provided to all the other claimants of Whangarei because of the Ngatiwai mandate and they've known that all along that once their mandate was recognised Ngatiwai claimaints would miss out," she said.

The Ngātiwai trust board, the tribal authority for Ms Seve and her family, is also holding the funding for two other claims.

When asked if that meant he'd consider reimbursing Ms Seve he said he'd have expected Ms Seve to call him the moment she found she'd been disengaged from the process.

Ms Seve says she's funded her own research and travel and her claim is also disadvantaged.

"I'm saying it's government process that also has a responsibility to advise. But you know best efforts to get the process right has seen us in the current situation where we're looking to blame somebody and I don't think anyone is to blame and we support Huhana's push to go to the tribunal.

"I sympathise that the process has seen at least three of them cut off from the process and the government organisation responsible has kept its mouth shut," Mr Edmonds said.

Asked who that was the Chairman of Ngatiwai Trust board named the Crown Rental Forestry Trust.

In a statement the Crown Forestry Rental Trust said "It has an obligation to provide a reasonable level of funding to take claimants through to settlement, and it endeavours to do this with every application made for assistance".

But it said "It will not fund a client to be in both processes at the same time".

Stage One of the claim was heard in 2013 with a landmark finding delivered by the Waitangi Tribunal which found Northland chiefs who signed the Treaty did NOT cede sovereignty to the Crown.

"Well I don't think it changes a thing really, every New Zealanders goes to bed knowing her majesty reigns over us and government rules."

The hearings which continue this week will focus on sovereignty, governance and political engagement.