In its most recent partnership, the two tribes have conditionally bought the passenger transport company Go Bus for a total of $171 million from Australian firm Next Capital.

Go Bus operates urban and charter services as well as running school buses throughout the country.dollars. 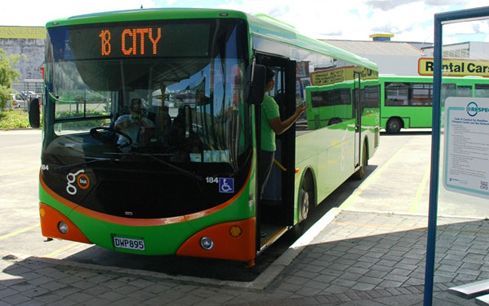 The chief executive of Ngai Tahu Holdings, Mike Sang, said it had so far had three business partnerships with Tainui.

Mr Sang said it was the beginning of a pattern not only for themselves, but other iwi investors which were growing and looking more broadly for ways to invest their money.

Mr Sang said both iwi had previously invested together in Ryman, co-own Waikato Milking Systems with Pioneer Capital, and most recently bought Go Bus, which is its most significant aquisition to date.

He said the two tribes had a co-investment agreement, similar to a memorandum of understanding and it will be a matter of when not if the two tribes work together on another business venture.

Tainui Group Holdings chief executive Mike Pohio said it would have a one-third share in the bus business. Ngai Tahu Holdings Corporation would be the majority investor holding the remaining two-thirds.

Mr Pohio said the iwi partners' mandate was for re-investment and growth and Go Bus was a well-run business that would allow the tribes to grow and diversify further.

He said there were other factors as well as commercial ones that became influential elements in their decision to buy the company.

Mr Pohio said the business minimised its carbon footprint, about 10 percent of the Go Bus workforce had Tainui affiliations and there were opportunities for employment.