Tai Tokerau Maori Party candidate Te Hira Paenga has made it clear at a political debate that its relationship with National is to ensure government policies will improve the lives of tangata whenua.

He spoke before 400 people crammed in to the Kumeu Baptist Church, while more than 200 others were left out in the cold on Monday night.

Twelve candidates from the Helensville and Te Tai Tokerau electorates took part in the discussion, where they had five minutes to impress the crowd.

In the time allocated to Te Hira Paenga, he said the party made no apologies for striking a relationship with the Government.

Mr Paenga also made a subtle dig at his fellow candidates by saying it was time to get rid of the 'old nets' referring to the proverb - ka pū te ruha, ka hao te rangatahi. 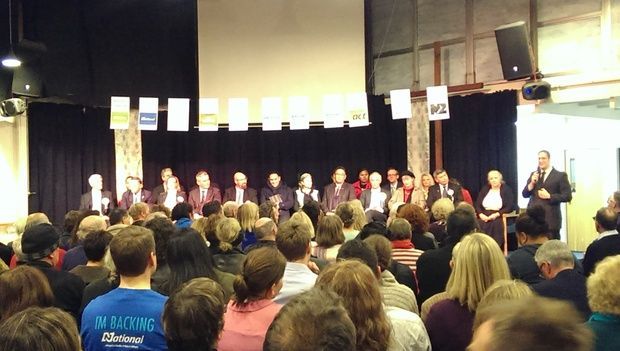