Te Whare Wananga o Awanuiarangi wants the Government to change its policies because they don't work for the Maori tertiary education sector.

The Business and Economic Research report commissioned by the wananga was released on Wednesday.

It found wananga contributed more than $300 million a year to the economy and the knock-on effects of their spending in 2012 resulted in the employment of 2890 people.

Awanuiarangi chief executive Graham Smith said he hoped the report would show the Government that wananga were successful and deserved more funding.

He said the report quantified wananga contribution to the economy and illustrated their educational point of difference.

Mr Smith said the Government's level playing field approach of 'one size fits all' application of policy did not work. 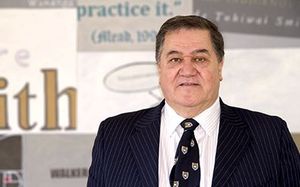 He said the funding model was not working for wananga because they were not the same as other institutions.

Mr Smith said it was an area of high need, but it was also contributing around 40,000 students who are Maori into the tertiary education sector.

He said if that was taken away New Zealand would look a bit short-term in its responsiveness in this area.

"In a post-Treaty settlement environment that we are heading towards, there is a need to reflect on the new citizenship that's created out of that settlement process," Mr Smith said.

"We are hopeful that the notion of cultural citizenship inside the report is understood. Education for us is not simply about creating employment outcomes, because we found that very reductionist and very narrow, but also Maori still need their cultural skills to participate in their cultural lifestyle, language, knowledge etc. The accent at the moment is on labour market outcomes and that's too narrow."

Mr Smith said wananga gets a lot of good overseas press, such as in Canada where they were in awe of what they had achieved, and more positive coverage is needed in Aotearoa.

"Our success should attract more support from Government and that is what we are trying to demonstrate with this report. We have a contribution to make to the national picture in terms of our aspirations for economic development as a country, but also our social infrastructure," he said.