The Maori Centre of Research Excellence will continue to be funded by the Government.

It's currently operated by Nga Pae o Te Maramatanga, whose contract expires at the end of next year.

But in a Budget announcement, ministers said there would still be money to run the centre.

The Crown will search for an operator through a competitive tender process.

Taxpayers will spend $15 million over the next three years on workers who support families to develop a plan to meet their needs.

Meanwhile, in a new initiative, there'll be a another $10 million in taxpayer dollars spread over four years for sports and cultural activities. 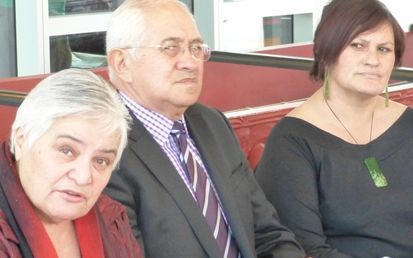 The Minister for Whanau Ora, Tariana Turia, says tangata whenua had been pressuring her for the money.

She said groups had lobbied the Maori Party for more money to support healthy lifestyles, such as Iron Maori and the traditional ball game Ki o Rahi.

Ms Turia said a lot of the interest is around keeping tangata whenua active and well.

But funding for the 'Moving the Maori Nation' project was not new money.

It had been diverted from the existing Whakamana leadership scheme.

But there is a new cash injection for iwi radio.

It's a sector of Maori media that has struggled for a long time - with stations running on less than $400,000 a year.

They will now get a $12 million boost over four years.

The Government said the increase should lead to a rise in Maori language programming.

Tariana Turia said iwi radio was a vital link to the community.

She said the Crown could be getting more out of Maori radio, by using the stations to spread more messages.

A $30 million Maori ICT fund has been put into the Budget for the next four years.

It's money with which the Government teased Maori frequency spectrum claimants after ministers refused to give them a slice of the broadcasting band.

A partner at the financial consulting company PwC, Hamiora Bowkett, said the money could get more Maori into information technologies such as computing and telecommunications.

He said the cash wouldl most likely go towards to creative sector, rather than be spent on infrastructure, by channelling the money into education products or business ideas.

Best Maori can get in lean times

Mr Bowkett said, overall, it was not a bad Budget for Maori.

Fiscally, the situation was still quite tight.

Mr Bowkett said the bulk of general new funding went to the big spending departments, such as the Ministry of Social Development.

Elsewhere, commitment to the New Zealand Maori Tourism organisation was locked in for another three years.

And there was half a million dollars in new money for a joint Maori-Chinese stage production called Xin and Tane.