Housing New Zealand says it won't set up an independent body to help facilitate the transfer of state houses to iwi and community housing groups. 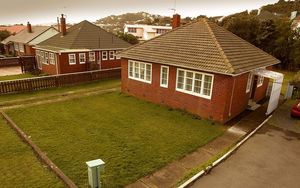 Te Matapihi - the National Maori Housing Organisation - and Community Housing Aotearoa have called for the Government to form a group to speed up the process of handing over state houses to iwi.

The concept was signalled as part of the social housing reforms.

Te Matapihi chair Rau Hoskins said an independent body was needed to facilitate the transfers, in order for iwi to get a fair deal. He said the process was taking too long, and groups were getting frustrated.

But in a statement Housing New Zealand chief executive Glen Sowry said it was not looking at creating an independent organisation.

Mr Sowry also said it had no current plans to sell bulk properties to iwi, although it was in discussions with some who had expressed an interest in establishing themselves as social housing providers in their communities.