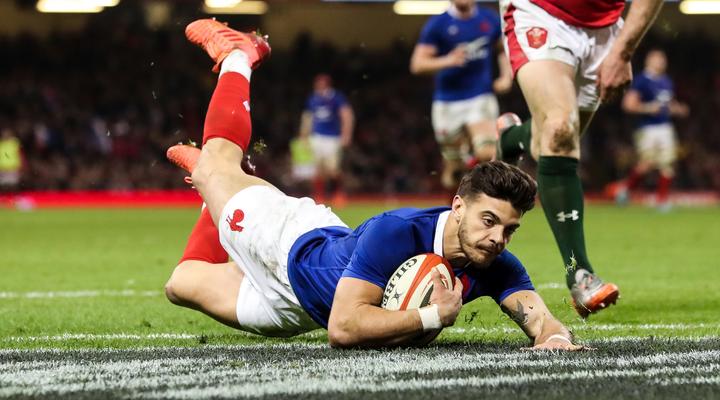 Fullback Anthony Bouthier, lock Paul Willemse and Ntamack scored tries as France made a bright start but then had to defend for much of the second half before earning a third successive victory in competition and a first win against Wales in Cardiff in a decade.

Prop Dillon Lewis and flyhalf Dan Biggar scored tries for the home side but they lacked a clinical touch and came second best in the physical contest.

France now face Scotland in Edinburgh on March 8, while Wales are at Twickenham a day earlier to meet England, with their chances of retaining their Six Nations title all but over.

Scotland finally on the board in Six Nations

Scotland has defeated Italy 17-0 to record its first win of the 2020 Six Nations and go third in the standings after a scrappy affair at the Stadio Olimpico in Rome.

A sensational solo try from Stuart Hogg lit up the first half as the Scotland captain made up for costly mistakes in his first two games against Ireland and England with a dazzling run from inside his own half before finishing in the corner.

But Scotland pulled clear in the second half when Chris Harris punctured the Italian defence to touch down, before Adam Hastings raced under the posts to put the result beyond doubt with one minute remaining.

Scotland, who earned losing bonus points in their opening two matches, move ahead of England into fourth place on six points, while Italy remain bottom without a point.

Maori All Stars prevail on the Gold Coast

Melbourne Storm hooker Brandon Smith has inspired the Maori All Stars to a 30-16 win over the Australian Indigenous All Stars in their NRL pre-season match on the Gold Coast. 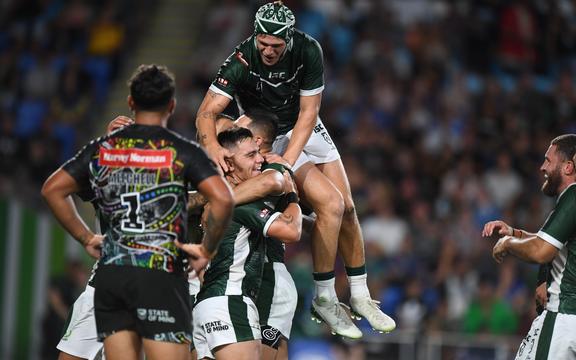 Smith has scored two late tries after the Maori trailed 16-12 midway through the second-half.

It ensured they avenged last year's 34-14 defeat to the Indigenous side.

The Maori lost co-captain Dallin Watene-Zelezniak to a back injury during the match, but it was their opposition who were left counting the cost of the match.

Wade Graham, Tyrone Roberts, Josh Kerr and Chris Smith were all forced off the field with injuries. 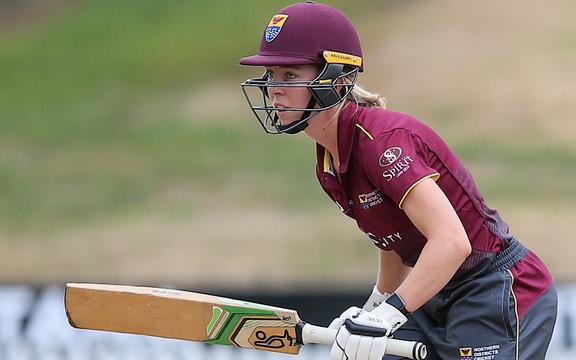 Auckland won the toss at Seddon Park in Hamilton and opted to field, bowling out Northern for 193 in 46.1 overs.

In reply, Auckland batted out their 50 overs but could only reach 188, skipper Regina Lili'i leading the way with 63, but receiving little support.

Richardson proved pivotal for Northern Districts with the ball as well, finishing with figures of 4-44 off her 10 overs.

Northern will meet Auckland again in the grand final in three weeks.

Canterbury's hopes of making the final were dashed when they were beaten by three wickets at Pukekura Park in New Plymouth by Central Districts.

The Warriors have been beaten 18-16 by the Melbourne Storm in their NRL pre-season match in Palmerston North.

They can ill-afford further setbacks in the front-row, with first grade prop Bunty Afoa having been ruled out for most of the season with a serious knee injury.

The Queensland Reds have romped to a 64-5 win over the Sunwolves in their Super Rugby match in Brisbane.

It's their biggest ever win, eclipsing their 53-3 win over the Melbourne Rebels in 2011.

The Reds are now second in the Australian conference, six points behind the Brumbies.

The Jaguares remain third in the conference, seven points back.

Gabriel Jesus came off the bench to secure Manchester City a 1-0 Premier League victory at Leicester City after yet another penalty miss by Pep Guardiola's side.

It looked like being a frustrating day for second-placed City when Kasper Schmeichel saved Sergio Aguero's spot kick just past the hour but Jesus spared his blushes.

The Brazilian was fractionally onside as he collected a pass by former Leicester title winner Riyad Mahrez and he showed great composure to power a shot past Schmeichel.

Victory lifted City seven points above Leicester in the battle for runners-up spot behind runaway leaders Liverpool who remain 19 points clear before their clash with lowly West Ham United at Anfield.

Chelsea's beaten Tottenham 2-1 at Stamford Bridge to strengthen their hold on fourth place.

In other results, Crystal Palace has beaten Newcastle 1-0 and Southampton's beaten Aston Villa 2-0.

Cristiano Ronaldo has celebrated his 1,000th professional match by scoring for a record-equalling eleventh consecutive Serie A appearance to set leaders Juventus on the way to a 2-1 win at SPAL in a top-versus-bottom match.

After being rested against Brescia last week, the 35-year-old celebrated his return by scoring from Juan Cuadrado's cross in the 39th minute before Aaron Ramsey added a second on the hour.

Andrea Petagna pulled one back from a penalty in the 69th minute amid problems with the VAR system. Neither the referee's ear piece nor the pitchside monitor appeared to be working, forcing him to use a walkie-talkie to talk to the video officials.

Ronaldo's goal, which took his league tally for the season to 21, meant that he joined Fabio Quagliarella and Gabriel Batistuta as the only players to have scored in 11 consecutive league appearances. Quagliarella did so for Sampdoria last season and Batistuta for Fiorentina in 94-95.

He also reached yet another milestone with his 1,000th match for club and country in a remarkable career which has seen him play for Sporting, Manchester United, Real Madrid and Portugal.

New Zealand champions Eastern Suburbs have won 4-0 against an injury plagued Hienghene Sport to rein supreme in Group A of the OFC Champions League and secure home advantage in the knock-out stages.

Going into the third and final matchday the reigning champions from New Caledonia needed to win by at least three goals to keep their title defence alive, while the tournament newcomers from Auckland had to avoid defeat in order to guarantee their place in the final eight of the competition.

Unfortunately for Hienghene supporters, Felix Tagawa was forced to make major adjustments to his preferred starting line-up due injuries to some of his key players and the New Zealanders took full advantage to race to a two-goal lead inside the opening 17 minutes.

Martin Bueno settled the Kiwis' nerves with a powerful header to open the scoring before Reid Drake put his side well and truly in the driving seat with a well-executed chip over Rocky Nyikeine.

Following the half-time break Bueno put the result beyond any doubt by picking out the top right corner with a clinical finish for his sixth goal in three matches.

Adam Thurston sealed the win for the Aucklanders deep into injury time.

Ovechkin made history 4:50 into the third period of the Washington Capitals' game against the New Jersey Devils when he ripped a shot past New Jersey goalie Mackenzie Blackwood.

The Washington bench spilled out on to the ice and hugged Ovechkin, who received an ovation from the New Jersey crowd.

The Devils got the last laugh as Damon Severson fired a high shot past goalie Ilya Samsonov just after Washington finished killing off two penalties.

It was the first road loss this season for Samsonov, who had won his first 10 away from home.

Reigning series champion Scott McLaughlin has had to settle for second in the opening race of the Supercars season in Adelaide.

McLaughlin's cross the line more than five seconds behind race winner Jamie Whincup, after starting from seven on the grid.

Whincup dedicated his victory to everyone hurting from Holden's demise.

"If the win was going to be dedicated to anyone it was certainly going to be the staff at Holden head office, all the dealers and salesman who have had a pretty tough week," Whincup told reporters.

"Hopefully it's brought them a little bit of delight to have the lion win first race of the year."

Top seed Simona Halep has come back from a set down for the third time in the tournament to beat Kazakhstan's rising star Elena Rybakina 3-6 6-3 7-6(5) and win the Dubai Tennis Championships for the second time.

In a battle that lasted nearly two-and-a-half hours, the match came down to a tiebreak where two shots that went agonisingly wide for Rybakina eventually decided the title in front of a noisy crowd that constantly chanted Halep's name.

Romanian Halep, who first won the title in Dubai in 2015, and 20-year-old Rybakina had nearly identical numbers with respect to winners and unforced errors, and they both broke each other four times to underline how close the contest was.

Rybakina, playing her fourth final of the season, was unplayable at times before Halep got a foothold in the contest and started controlling points.

The title was reigning Wimbledon champion Halep's 20th of her career and the world number two has now extended her stay in the top 10 to 318 weeks -- the 10th longest streak in WTA history.