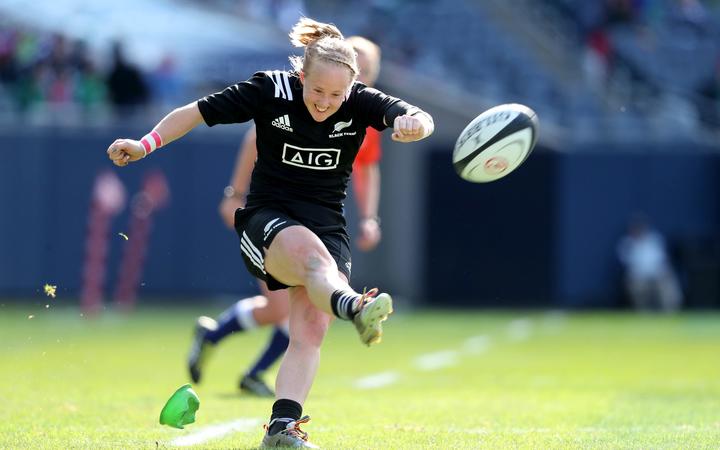 You'll remember the barrier broken by the Black Ferns' halfback in late 2018, when she was named Kelvin R Tremain Memorial Player of the Year at the New Zealand Rugby awards.

That's the prize awarded to this country's most outstanding rugby player and which, until Cocksedge, had been exclusively won by men. But such was the quality of her play, and the general credit she was to the Black Ferns team and entire code, that Cocksedge was the obvious choice.

You could be forgiven for missing what New Zealand Rugby (NZR) did next.

Their annual awards night coincided with the start of the New Zealand cricket team's three-Test series against Australia. We weren't to know how badly those matches would go, as we tuned in hopefully back on 12 December.

By the end of the evening, the absent (due to knee surgery) Ardie Savea had won most of rugby's major prizes, including the newly-minted All Blacks Player of the Year award.

The implicit understanding had always been that the Kel Tremain award was the domain of that year's outstanding All Black, so what did NZR do when the judges fluffed their lines in 2018? Create another category that was absolutely explicit about who was eligible to win.

Twelve months prior, Cocksedge had deservedly broken the gender barrier, so here was NZR hurriedly putting another one in place.

We all have our preferences in life, all have our favourite colour or food or drink. It's all subjective and one person's elixir is another one's poison.

And so it is with awards of all stripes. Your album of the year might amount to fingernails down a blackboard to someone else.

Cocksedge's 2018 award hinted at a rise above all that. It wasn't only reward for a fantastic year of rugby, it also felt like the right thing to do.

New Zealand Rugby talked about things such as respect and responsibility, but they needed to show their female athletes - and fans - that was more than just hot air.

Incidents, such as that involving the Chiefs and a stripper, had badly eroded people's confidence in NZR and suggested rugby was a safe space for naughty boys.

Cocksedge's award was an important, and necessary, counter to that and the governing body were rightly praised for it. It's a shame that NZR then offered a contract to wing Sevu Reece, despite him not being welcome in Irish rugby, but that still didn't diminish the scale of Cocksedge's achievement. 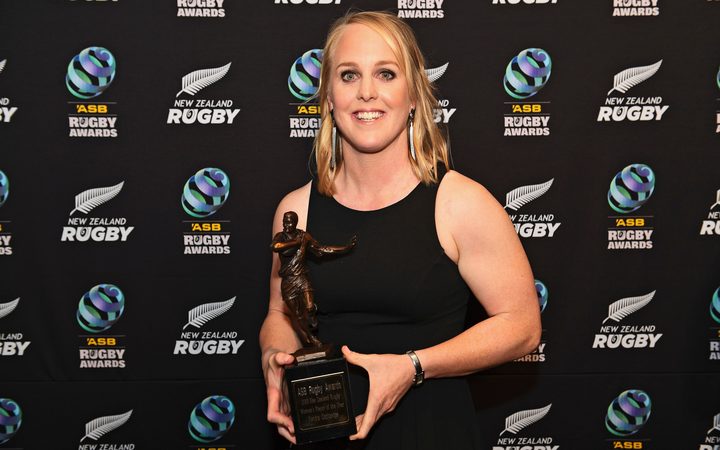 This addition to the code's awards night has, though. It indicates a dissatisfaction with 2018's outcome and a desire to make sure an All Black is always put on a pedestal.

With the best will in the world, I defy anyone to suggest our All Blacks want for acclaim or support.

But the Black Ferns sure do. Cocksedge might've been this country's player of the year, but the team's major tour of 2019 saw them changing in tents and having to use portable toilets.

People complained on the Black Ferns' behalf, but the players were smart enough not to. Professional women's rugby is still in its infancy and the players know that, as quickly as it's arrived, it could disappear just as swiftly.

Again, the players accept that. They realise they're not the All Blacks and that the pay and conditions are different. That's what makes any gestures of kindness and respect more meaningful.

Cocksedge has talked about how humbled she was to win the Kel Tremain award and how that sensation has only grown over time. Not because of any self-satisfaction, but because of how much her recognition has meant to so many women and girls.

Having been somewhat anonymous, Cocksedge quickly had to get used to people wanting to tell her how admired and inspirational she was.

New Zealand Rugby's decision to give yet another prize to an All Black might not seem much, but it feels indicative of an organisation who still have a bit to learn about respecting women.