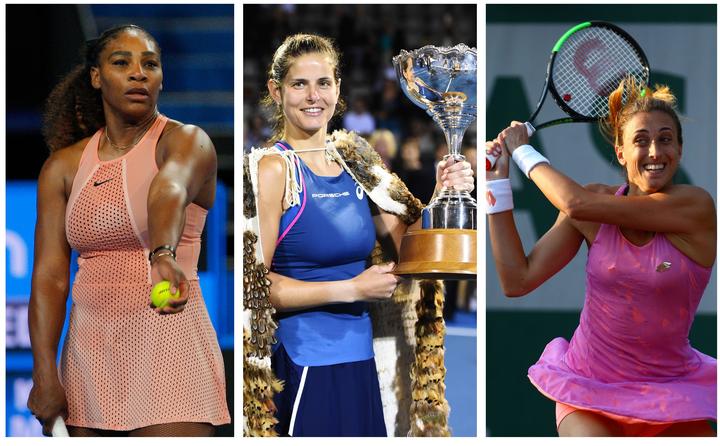 Giorgi, 28, could not cope with Williams' powerful serve as the 23-times Grand Slam winner prevailed in blustery conditions, stretching her unbeaten run against her Italian opponent to five matches.

"It was really fun to be out here and back again," Williams said. "It's really good to know I still have some power in my arms and legs."

Williams, who advanced to the doubles quarter-finals with Caroline Wozniacki on Monday, is on course to face 15-year-old compatriot Coco Gauff in the quarter-finals should both advance.

"I definitely think the doubles helped me a lot, especially with my serve," the American added. "I served pretty decent, considering the conditions."

Fifth seed Wozniacki, who is set to retire after this month's Australian Open, outclassed New Zealand number one and wildcard Paige Hourigan 6-1 6-0.

Hourigan, ranked 178 in the world, trailed 5-0 in the opening set in 13 minutes and her tally of 30 unforced errors proved decisive.

"Definitely disappointed because I had a great week of preparation here and I felt very confident going in," Hourigan said.

"I was making a lot of errors which I wasn't doing throughout the week... Wozniacki is a great player and it was tough conditions out there."

German fourth seed and defending champion Julia Gorges advanced to the last 16 with a 6-1 7-6(4) victory over Belgium's Greet Minnen.

Second seed Petra Martic of Croatia was initially frustrated by lucky loser Usue Maitane Arconada before storming back to win 5-7 6-4 6-4.