Spinner Nathan Lyon took 5-50 as Australia underlined their absolute dominance of New Zealand with a crushing 279-run victory in the third test at the Sydney Cricket Ground on Monday to sweep the series 3-0. 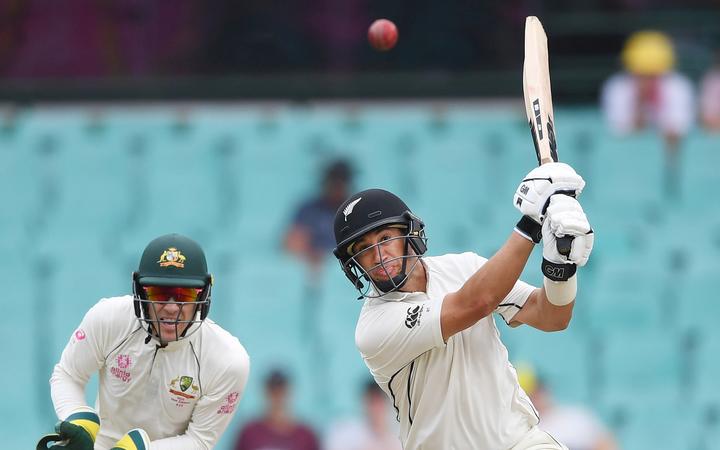 The hosts were utterly ruthless with bat and ball throughout the series and dismissed New Zealand for 136 having declared on 217 for two after lunch to hand the Black Caps an unlikely victory target of 416.

New Zealand had arrived with some confidence they could repeat the singular feat of the triumphant 1985-86 tourists from across the Tasman Sea but will return well beaten after injury and illness ravaged the squad.

With captain Kane Williamson and batsman Henry Nicholls missing because of a flu bug, New Zealand had no answer to the fearsome pace of Australia's quicks and the guile of Lyon's spin.

Lyon, aided by paceman Mitchell Starc's 3-25, cleaned up the tail on a deteriorating pitch to finish with 10 wickets for the match.

It was a rare glimmer of light for the visitors and five balls after passing that milestone Taylor had his off stump removed by the world's top test bowler, Pat Cummins.

After New Zealand had slumped to 22-4, Colin de Grandhomme scored a gritty 52 and BJ Watling 19 off 108 balls but they served only to postpone the inevitable.

Earlier, David Warner and Marnus Labuschagne had continued the prolific batting that has helped carry Australia to five thumping victories in five tests against Pakistan and New Zealand in their home summer.

Warner secured his 24th test century with an exhibition of batting on his home ground for 111 not out as the hosts looked to quickly inflate the lead of 263 with which they started the day.

The opener, born a few hundred metres from the SCG, hit 154 and 335 not out against Pakistan in the first two tests of Australia's home season but had failed to get past the half-century mark in five innings in the New Zealand series.

The left-hander looked unlikely to repeat those failures on Monday after resuming on 23 with Australia 40 without loss and he reached the milestone with three runs through mid-wicket off 147 deliveries.

Three balls later Labuschagne, who had joined Warner after Joe Burns was caught and bowled by Todd Astle for 40, passed the half-century mark for the seventh time in Australia's five home tests this year.

Australia captain Tim Paine declared after Labuschagne, who scored a maiden double century in the home side's first-innings 454, was caught at long for 59.

Warner finishes Australia's five home tests with 786 runs at an average of 131, while Labuschagne's glorious summer ended with a tally of 896 runs at 112.

Labuschagne was handed a rare penalty by umpire Aleem Dar for running on the wicket but it never looked like the extra five runs being added to New Zealand's first innings score of 251 would make a difference to the outcome.