Opinion - What's Christmas without a wishlist? And, what's more, what's the 2019 wishlist without a review of 2018's first? Here goes, writes Hamish Bidwell. 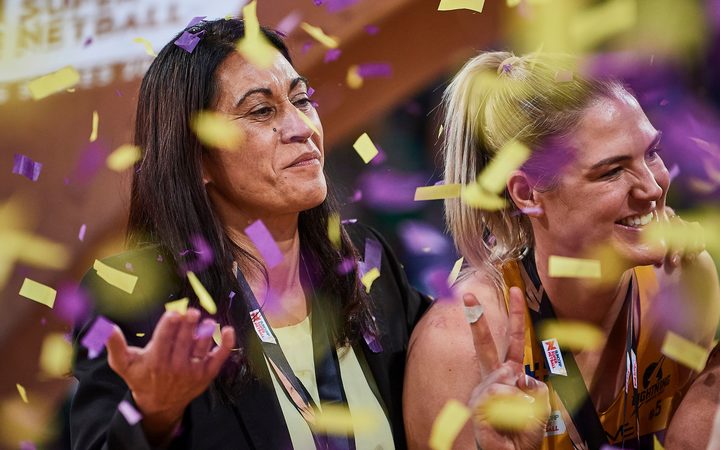 I'd like to see the All Blacks win the Rugby World Cup: What was I thinking? By the time the tournament rolled around, I'd almost moved into the anyone-but-New-Zealand bracket. We get fed a pretty steady diet of rugby in this country and sometimes you can have a gutsful. I know I had by then.

I'd like to see Steve Hansen walk away: Hansen had begun to hum and haw about retaining some involvement with the All Blacks, possibly in a director of rugby position. Thankfully that idea fell by the wayside, even if Hansen's wish that Ian Foster succeed him did not.

I'd like to see sanity prevail in secondary schools' rugby: Remember those five minutes when everyone was an expert on St Kentigern College and professed to care about Auckland first XV rugby?

Thankfully we all moved on quickly.

I'd like to see a minnow win the Cricket World Cup: New Zealand almost did, in what would've been a triumph for those of us whose national teams are not part of cricket's 'big three'.

Sadly England prevailed in the final, after Australia and India had been knocked out in the semifinals.

I'd like to see a result at Hagley Park: After the boring draw at the Basin Reserve, the Black Caps duly turned around and thrashed Sri Lanka by 423 runs in their Boxing Day test in Christchurch.

I'd like to see India win at the MCG: And win they did, against Australia, by 137 runs in their own Boxing Day test.

I'd like to see banned players actually banned: Fat chance of that. Steve Smith, David Warner and Cameron Bancroft couldn't play for Australia, but they still made hay in club cricket and various Twenty20 leagues.

Russia famously got banned from a few competitions, just not their individual athletes. No wonder people cheat.

I'd like to see Naomi Osaka win another Grand Slam tennis title: Didn't have to wait long for that. Osaka's chance to celebrate a maiden Grand Slam win was taken from her by the petulance of Serena Williams, but by January she'd added an Australian Open crown to the US Open of the previous year.

I'd like to see NRL players stop discrediting their code: A bit optimistic, I know. The last offseason was a truly awful one for rugby league, not to mention the many women assaulted, humiliated or worse by the actions of players.

Brawls in Bali have highlighted this offseason and we hope there's not more to follow.

So to Christmas 2019 and a few things I'd love old Santa to have in store.

I'd like the All Blacks to have a hard year: Heck, I wouldn't mind the Super Rugby sides struggling as well.

It's been a great few years but, for the good of the game, a few folk need to be humbled. The All Blacks won't win the next world cup without a bit of failure first.

I'd like to see a competitive Boxing Day test: New Zealand aren't as good as Australia at cricket. Certainly not on that side of the Tasman anyway.

You doubt they can win at the MCG, starting on Thursday, but a creditable performance shouldn't be too much to ask.

I'd like to see the sports media apply some scrutiny: Enough with the cheerleading. It's not the job of journalists to tell teams and athletes and administrators how great they are.

Praise them when warranted, but never forget these people are just as fallible as we are.

I'd like more drug cheats to be exposed: Sadly, I know that's just wishful thinking.

I'd like to see Noeline Taurua run Netball New Zealand: She might be the finest coach in the country, but that isn't the extent of Taurua's talents. She's got the vision and charisma to make the whole code a success, not just the Silver Ferns.

I'd like to see and read about more female sport: We're still in the token phase of women's sport on TV, while beyond the good folk at one female-focused website, articles are in short supply too.

I'd like to see greater diversity at the forefront of our codes: We keep hearing about how sports are struggling. From player numbers to volunteers and sponsorship dollars, we're forever told there's a shortage. Well, maybe if we appealed to more people, we might not be in that position?

Most of all I'd like New Zealand to be a safe and inviting place for everyone who lives or visits here.