Eddie Jones knows that one of the keys to beating the All Blacks is to mentally get past their "aura" and, having done an impressive job of that with Australia, he has spent the last week drumming it into his England players. 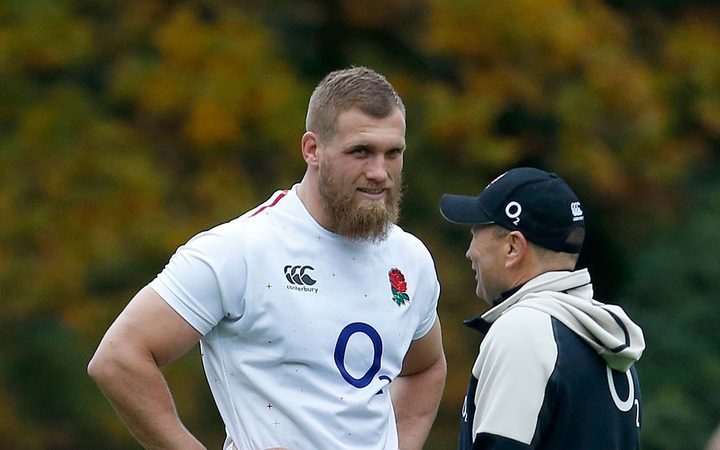 When Jones was in charge of the Wallabies in the early 2000s he led them to five wins in 11 games against New Zealand, including the 2003 World Cup semi-final.

The England team he takes into battle at Twickenham this weekend have managed seven wins in 40 games against the All Blacks and have won only one of their last 15, at Twickenham in 2012.

It will be the teams' first meeting in four years and first under Jones. Coming off the back of two successive wins over South Africa, who beat the All Blacks in September and were desperately close to a second victory last month, he is doing all he can to show that the world champions are normal.

"You can either make the movie or be in the movie, and we want to make the movie," Jones said when asked if teams suffer by putting the All Blacks on a pedestal.

"Because that's what happens when you play New Zealand sometimes - you sit there and you watch and you think 'they're the best team in the world, we can't compete against them".

"They sit there, they eat popcorn, have a can of Pepsi and watch the movie. But then they realise, we can be in this, but it's too late. So we want to be sure we're in the movie."

Jones is buoyed by the fact that many of his players have tasted victory against the All Blacks, either in that memorable 2012 success or as part of the 2017 British and Irish Lions, who came from a test down to square the three-match series with a win and a draw. "We understand that, like any team, they've got weaknesses and we've got an opportunity to get at them," he said.

One thing that could be considered as helping build that All Black aura is the haka, but Jones pays the pre-match war dance little heed.

The Twickenham fans will drown it out with a lusty rendition of "Swing Low" but Jones said on Thursday that the Spice Girls could be singing for all the attention he pays.

He told a story from his playing days with New South Wales when his coach told the players to confront the haka by finding their opposite number, going nose to nose with him and looking him in the eye.

"I remember Nick Farr-Jones - very educated, silver-spoon in the mouth, smart guy" he said, "we're not doing that, that's ridiculous. We ended up getting beaten by 50 points.

"But I think today's players see it all the time. It used to be such a unique thing but they're used to it. It's a familiarisation. We show respect and we get on with the game."