The All Blacks prop Joe Moody has re-signed with New Zealand rugby and the Crusaders through to 2022, extending his contract beyond next year's World Cup in Japan. 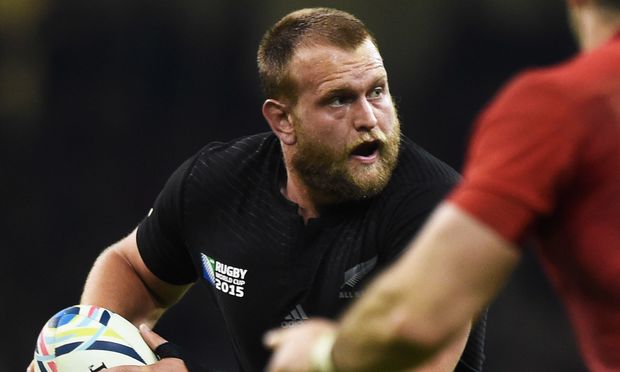 The 30 year old has played 36 Tests and scored three tries since making his debut in 2014.

He returned to the All Blacks this month for their end of year tour to Japan and Europe after an injury-hampered season.

Moody also has made 67 appearances for the Crusaders, including starts in both the 2017 and 2018 Super Rugby Finals, won two Super titles, and scored two tries.

His deal matches the length of contract signed last month by winger Rieko Ioane and means Moody will be 34 when his deal expires making it unlikely he'll ever take his services to an offshore club.

All Blacks coach Steve Hansen said: "This is fantastic news for New Zealand Rugby, the All Blacks and Crusaders. 'Moods' is one of the best loosehead props in the world, he's worked incredibly hard on his game over the years and has taken his opportunities when they have come. We look forward to his return on the end of year Tour."

Those thoughts were echoed by the Crusaders coach Scott Robertson.

"Joe is as good as it gets in world rugby, he's a beast of a front-rower and a world class athlete in his position.

"He's also a local Christchurch lad, who's extremely proud of his club out at Lincoln and loyal to the teams he represents. We're proud of Joe and all he has achieved, and look forward to having him in a Crusaders jersey in 2019 and beyond," Robertson said.

Moody made his provincial debut for Canterbury in 2011, and his Super debut against the Blues followed two years later. He was called into the All Blacks during the 2014 Rugby Championship and represented the Maori All Blacks in 2015. Despite being named in the All Blacks squad during the same year, Moody didn't play a test until the Rugby World Cup in England, when he was called in as an injury replacement and played in all three playoff games - including the Final.

Moody said after weighing his options, he was confident that remaining in New Zealand was the right move: "I still feel like I have a lot to contribute to rugby here in New Zealand, so at this stage I can't see myself anywhere else.

"It's important to me to stay loyal to the teams that have shown faith in me throughout my rugby career, and I'm loving my time among a world-class forward pack with the All Blacks and the Crusaders," Moody said.