The New Zealand driver and 2008 winner Scott Dixon has qualified ninth fastest for next week's Indianapolis 500.

It means Dixon will start on the third row of the grid.

Hometown favourite Ed Carpenter won pole being the only driver to top 230 miles per hour in any of the four qualifying laps.

"It's always a tricky situation whether or not you go out and practice in the morning. The conditions are so different really, so we elected not to just like last year," said Dixon. 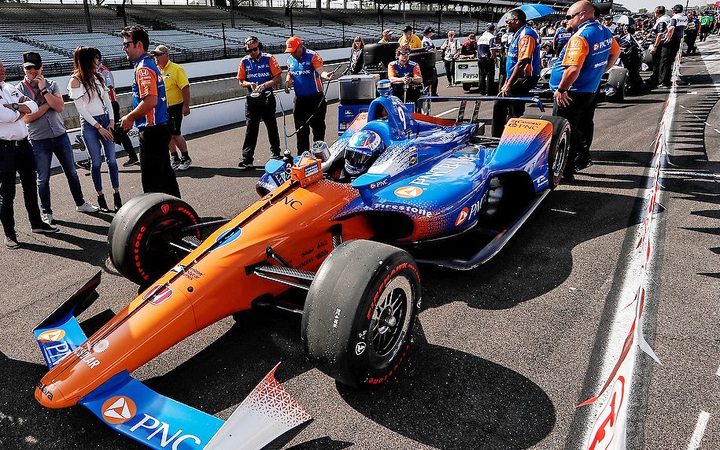 Scott Dixon at qualifying for this year's Indianapolis 500. Photo: Photosport

"The PNC Bank car was good, we tried a couple things today we hoped would pick up the speed. It didn't pan out, but we were in the Fast Nine for the second straight year and we're proud of that," he said.

"We'll just have to now see how the race plays out."

Reigning champion Takuma Sato of Japan will start on the sixth row of the grid.