Two New Zealand Super Rugby teams played in front of sparse crowds over the weekend. The reasons were different, but they're nothing new: people don't like to be cold, or watch their teams play badly. 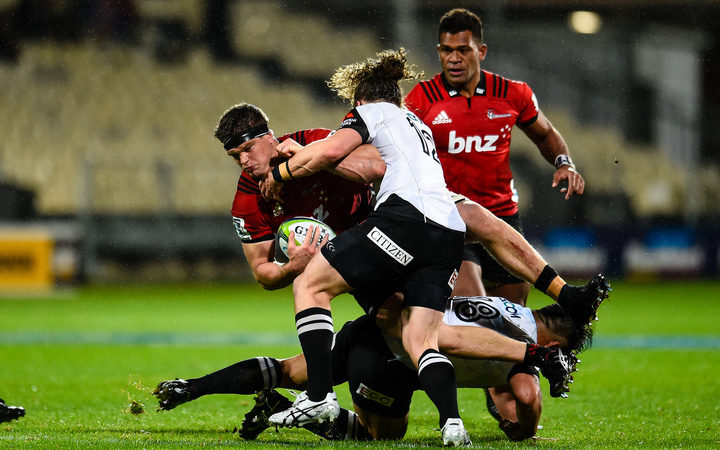 The only thing that was going to stop the Crusaders from beating the Sunwolves at AMI Stadium on Saturday night was a freak of nature. In the end, Christchurch got one - but it didn't stop the home side from running out comfortable winners anyway.

A sudden drop in temperature, then a hail storm, turned it into an almost unwatchable match.

The already sparse crowd retreated out of the weather, as the clock ticked down on a litany of handling errors. Of course, it may as well have ticked down to the moment when the calls for a new Christchurch stadium were once again renewed.

The debate over whether to build a new stadium in a city still rebuilding everything else after the 2011 earthquake is a touchy one, but Crusaders coach Scott Robertson wasn't deterred.

"Right now we have the chance to do something special. It is a decision that should be made for now. Money will work itself out over a long period of time."

He makes a compelling point. While the Crusaders are the most successful team on the field in the history of Super Rugby, they certainly aren't when it comes to drawing a crowd.

The now-rotting hulk of Lancaster Park was often subjected to the same atrocious weather conditions that lashed the replacement stadium on Saturday night, and it's obvious that if someone does decide to build a new park, it'll have to have a roof.

They needn't look any further than their southern rivals for evidence of that. Forsyth Barr Stadium in Dunedin has quickly gained a reputation as the home of pulsating rugby due to the fact that it is shielded from the weather, and it means that fans don't have to put up with it either.

That fact wouldn't have been lost on the Crusaders early last month, when they went down to the Highlanders in front of a packed house at Forsyth Barr.

Meanwhile, up north there's a problem of a different kind when it comes to drawing a crowd. The Blues' issue isn't the weather, or their stadium, it's the fact they aren't winning - another Auckland team are.

Eden Park was a strange place to be on Friday night, despite the clear skies and reasonably warm temperature. The crowd there to watch the Blues inevitably lose to the Highlanders all seemed to have the same sentiment, and you didn't even need to be outside the media box to be able to tell what it was.

It didn't help at all that the home side found themselves down 12-0 within the first few minutes, but as soon as the clock passed 8pm, a great deal of hands went into their pockets. Out came the phones, and the updates about what was happening down the road at Mt Smart.

In the media box itself, it was no different, a couple of us even fired up SkyGo to keep an eye on what was the Warriors' best performance in years to beat St George Illawarra.

Auckland is unique in the New Zealand sporting landscape. There's only one other city that has two pro teams that play at the same time - the Hurricanes and Phoenix share Westpac Stadium, but they are after vastly different target audiences. The Blues and Warriors are competing for the attention of the same sort of fan, and right now it's a comprehensive victory for the NRL side.

The most telling example of that was a stroll to a couple of Kingsland bars after the Blues game had finished. Plenty of the Eden Park crowd had decamped from the Blues game to catch the last half hour of the Warriors on TV nearby, and the atmosphere was positively cheerful - how quickly the attention of a success-hungry public can switch.

The Crusaders can't keep playing at the ramshackle pile of scaffolding they currently have to call home for much longer, but at least that issue is out of their hands.

Having the Warriors gradually drain any interest in them in 2018 is probably something Blues bosses didn't see coming, however it's up to them to be playing better and giving people a reason to come and watch.

As Tana Umaga has found out over the last couple of seasons though, that's easier said than done.