The West Indies ended the fourth day of the unexpectedly enthralling second test requiring 317 more runs to win after England turned the contest firmly in their favour. 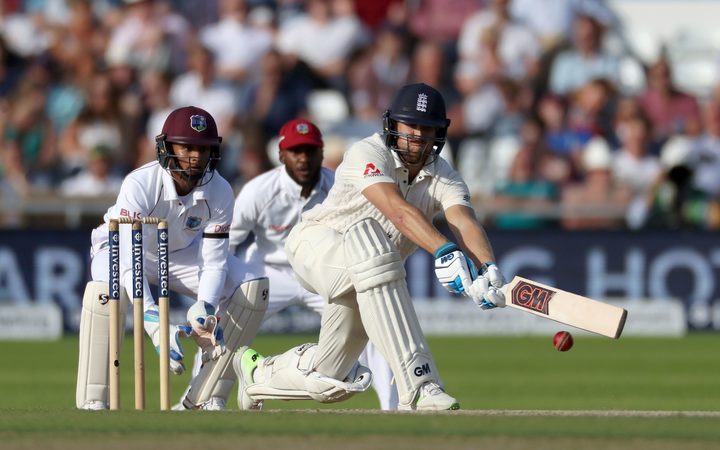 Having taken a 169 run first innings advantage, the tourists will be disappointed to find themselves facing a final day with the odds against them but credit for that must go to some fine lower order England batting.

England had managed only 258 in their first innings but their middle and lower order is their strength and combined to make 490 for eight before captain Joe Root decided to declare.

West Indies' opening pair survived the remaining six overs of the day, always a tricky task after a long day in the field, but it will take a most unexpected twist in the plot if they are to level the three test series.

It has been a test match with plenty of momentum shifts but the final session of the fourth day was when England finally grabbed a firm grip on proceedings.

Not for the first time this summer, Moeen Ali was the key figure, striking 84 off 93 balls, including 14 boundaries, as England turned a decent effort with the bat into what should be a match-winning score.

Moeen's partnership with Chris Woakes, who ended unbeaten on 61, put on 117 runs for the eighth wicket and that could well prove to be the difference between the two teams.

The young West Indies team, dismissed as no-hopers in some quarters after their poor first test display, had once again shown determination to get back into the game but then Moeen took the attack to them.

The Man-of-the-Series from England's successful four-test campaign against South Africa is clearly batting with great confidence and he made good use of the sweep shot against spin as well as the right judgement against seam.

Moeen will have plenty of work to do on the final day as England look to his off-spin to keep the pressure on once the new ball has worn off for James Anderson and Stuart Broad.

West Indies will resume on five without loss with openers Brathwaite and Kieran Powell knowing they need to make a strong start to avoid defeat.