Legspinner Devendra Bishoo has taken eight wickets for 49 runs against Pakistan in Dubai, surpassing the great Michael Holding with the best figures by a West Indian in a Test outside the Caribbean. 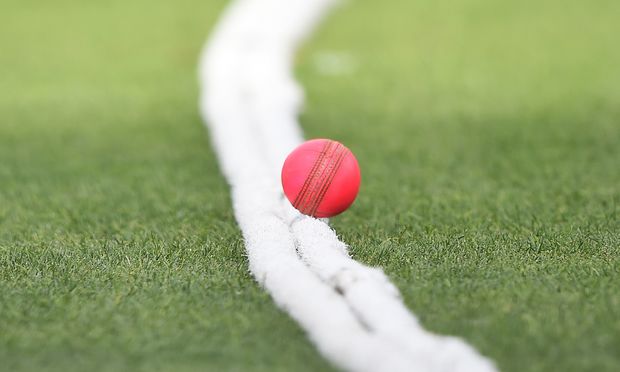 Bishoo's haul breathed life into the first day-night Test , leaving his side with a faint chance of pulling off the unlikeliest of wins.

After three days in which the bat had completely dominated the pink ball with just nine wickets falling, a dramatic penultimate day saw 16 tumble, with half of them snaffled by 30-year-old Bishoo's leg breaks.

The Guyana spinner's career-best haul helped skittle Pakistan for 123 as they chased quick runs to ram home their first-innings advantage of 222.

By the close, West Indies, set a total of 346 to win, reached 95 for 2, needing another 251 on the final day, which represents a gargantuan task on a turning pitch against a Pakistan side scenting victory in their 400th Test.

An exciting day had started with three more Yasir Shah wickets helping wrap up the West Indian first innings for 357 in just 14.5 overs.

When legspinner Yasir, who finished with figures of 5-121, dismissed Miguel Cummins, he reached 100 wickets in his 17th Test, becoming the joint-second fastest to reach the landmark in cricket history.

Pakistan did not enforce the follow-on and, preferring instead to pile on the runs with a touch of recklessness, played into Bishoo's wily hands as he recorded the best figures by a West Indian in a test outside the Caribbean.

His performance surpassed pace bowling legend Holding's 8-92 against England at the Oval in 1976.