A Nelson College side played the first game of rugby in New Zealand in 1870, and their modern counterparts will represent the country at a special tournament at the birthplace of the sport. 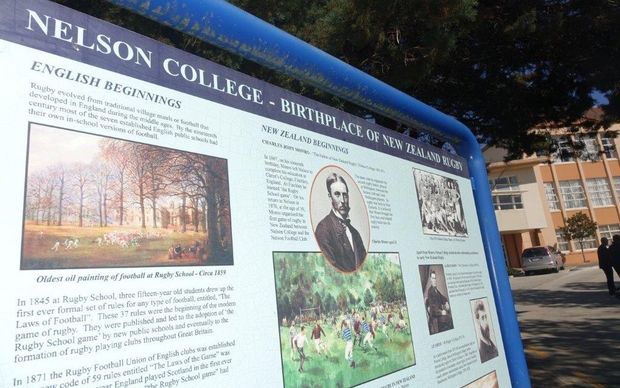 It was close to 200 years ago when according to legend, William Webb-Ellis - described as having a fine disregard for the rules of football - took the ball in his arms and ran with it across the grounds of Rugby School in England.

The game of rugby was born.

Less than half a century later and half a world away, a Nelson College side faced the Nelson Football Club in New Zealand's first game of rugby. Charles Monro, who was a student at Nelson College from the early to mid-1860s, brought the game to this country on his return from studies in England.

These origins will be marked next year with an Under-18 Sevens tournament in the grounds of the English school where the game was first played in 1823. Rugby School turns 450 next March and a team from Nelson College will represent New Zealand at the international tournament.

Tasman Rugby Union inaugural president John Goodman said stakes were high in that first New Zealand game in 1870. It was watched by a crowd of 200, which Mr Goodman said was a fair turnout for Nelson which had a population of about 5000 at the time.

"It was an 18-aside game consisting of 10 forwards and eight backs. There was a lot of hacking - in fact it was encouraged to kick the shins of the opponents at that time," he said.

The Nelson club team beat the college team by two goals to nil.

Nelson College master of rugby Peter Grigg said the invitation to next year's tournament came out of the blue. They have received letters of support from the Tasman Rugby Football Union and the New Zealand Rugby Union.

"They're right in behind us, both the Tasman union and the All Blacks. There are about 10 college Old Boys in the Tasman team so yeah - we support them, they support us. We see it as very significant - we think it's an honour to be invited to basically represent New Zealand in the tournament," Mr Grigg said.

Students each have to come up with half the $6000 needed to get them to England for the tournament, and a bit of holiday time as well. 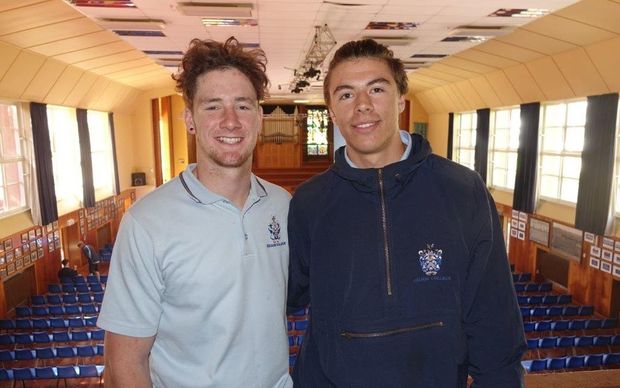 Karl Ratcliffe, 17, and Archie Smith, 16, said they were looking forward to the tournament which will bring teams together from Britain, Canada, Australia and South Africa.

"Just being with the boys, having a bit of fun and hopefully playing well, and seeing how other schools play," Archie said.

Nelson College director of community relations Mark Vinsen said rugby played a huge part in the college's history. He said sport played a big role in learning life's lessons and the school was proud of any student who took up any one of 80 codes offered.

"The culture is massive at the school, and we're coming up to 150th anniversary of Nelson rugby. We're up to around 1600 boys who've played First XV rugby, but every year we have about 1200 students here and only 200 will play rugby.

"We give these students a firm grounding and the culture we try to instil is one of humility, respect, and responsibility," Mr Vinsen said. 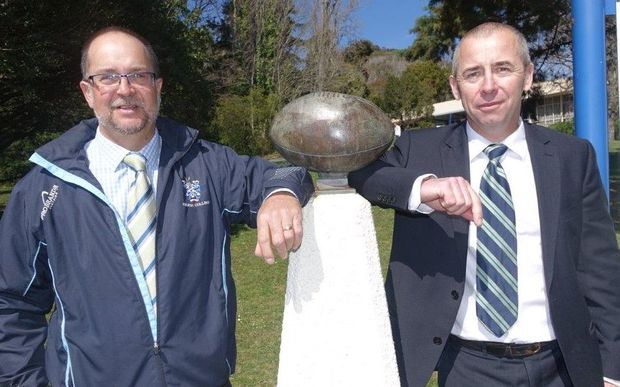 Deputy headmaster Tim Tucker said upholding tradition while remaining relevant was not that hard. He said tradition provided a sense of origin, but it should never bind.

Mr Tucker said the chance to represent the country in England next year was a "fantastic accolade".

"I see it as recognition of our school, our origins and the courage we've had over 156 years to do things differently, or to try new things and having a first game of rugby was one of the first things we tried," he said.

Mr Goodman said Nelson College had produced 18 All Blacks and it was now time for another.