The Silver Ferns already have one eye on their Constellation Cup netball series with Australia as they head into Saturday's final test against Jamaica in Rotorua.

The Ferns won the Jamaican series before even stepping on court in Rotorua tonight, with victories in Nelson and Palmerston North ensuring they would retain the Taini Jamison Trophy.

While the New Zealanders put 38 goals on Jamaica in Nelson in more than convincing fashion, their winning performance in the second test was full of simple errors.

The Ferns threw away a lot of ball and were called for contact multiple times while on attack. 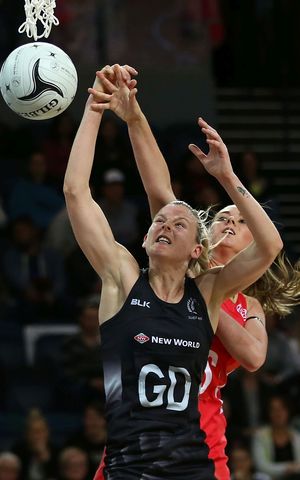 Silver Ferns captain Katrina Grant said they could not play that way against Australia next month if they wanted to win back the Constellation Cup.

"I think every single one of us had a loss [in the second test] which is what we want to crack down on," she said.

"You can't do those things against Australia and think you're going to come away with the win."

Grant said the Sunshine Girls managed to upset their rhythm in Palmerston North and they found it difficult to cope.

"It was a different Jamaican team compared to what it was in Nelson.

"They disrupted our flow a lot, we had a lot of speed going through the court and things like that in Nelson but we weren't allowed to do that [in the second test] which is full credit to them - they went back, did their homework and saw what we were doing."

She said with the Australian series looming there is plenty to improve on in Saturday's Jamaican test.

"Just get our flow back, I think it was disrupted ... and we want to make sure we get that speed back through the court and just link up better with the attackers.

But Grant disagreed the number of changes coach Janine Southby made on court during the first two tests was an excuse for the difficulty in getting the ball to the shooters. 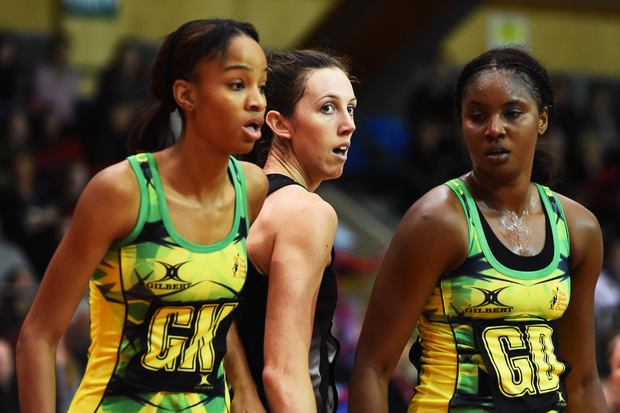 The Silver Ferns are chasing a cleansweep against Jamaica in the third and final test in Rotorua. Photo: PHOTOSPORT

"In this series we want to try and get as many people on the court as possible," she said.

"Going into the Constellation Cup we need to make sure everyone's had a test match, knows what it's like to get on the court ... coming off the bench, starting and doing a few different roles, because they all have their different challenges."

She said maintaining their cross-court defensive pressure would also be key.

"Australia's attacking line is very slick and very fast and they know exactly where to put the ball and into what space.

"The [New Zealand midcourters] are all very very good at one-on-one marking plus going for the ball, so as circle defenders we can't ask for more than that."

The four-match Constellation Cup series starts on 9 October in Sydney.