Serena Williams' bid for a ninth Miami Open title came to shock end when the world number one was beaten 6-7(3) 6-1 6-2 in the fourth round by 15th-seeded Russian Svetlana Kuznetsova. 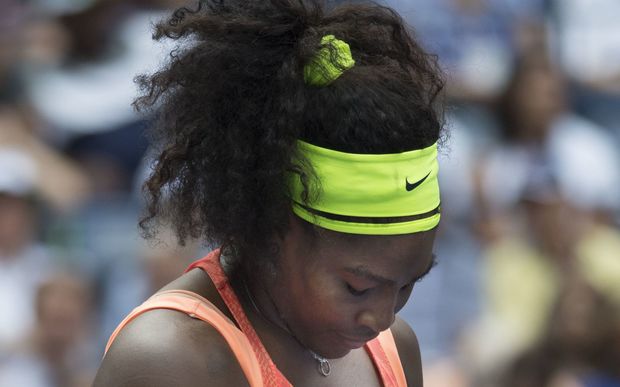 The loss on the Miami hardcourts was the first since 2012 for William, who had swept the last three titles.

It was a day of dramatic upsets at Crandon Park, as Williams stepped onto the Stadium court for her Round of 16 match immediately after third-seeded world number two Agnieszka Radwanska of Poland was tripped up by 19th-seeded Swiss Timea Bacsinszky 2-6 6-4 6-2.

A tight first set meant both Williams and Kuznetsova registered a break but neither player could gain the upper hand, sending the opener to a tie-break which the top-seeded American dominated 7-3 with the help of a pair of thundering aces.

A battling Kuznetsova controlled the second set from the start, breaking Williams to go up 3-1 then sweeping the next three games to level the contest at a set apiece.

The Russian upped the pressure with a pair of breaks to start the third as she stormed through the opening three games before Williams finally stopped the bleeding with a break of her own at 3-1.

The relief was brief, however, as former U.S. and French Open champion Kuznetsova immediately hit back with yet another break and went on to finish off the upset in just over two hours.