All Blacks first-five Aaron Cruden will make his long awaited return for the Chiefs alongside five debutants in their Super Rugby season opener against the Crusaders in Christchurch on Saturday night. 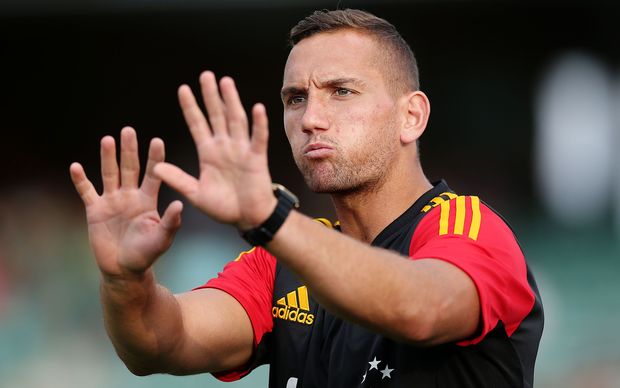 The debutants are the Japan prop Hiroshi Yamashita, loose forward Taleni Seu, number 8 Tom Sanders and wing Shaun Stevenson, who've been named to start and Latu Vaeno, who will hope to earn his first cap off the bench.

In the forwards, Pauliasi Manu, Rhys Marshall and Japan prop Hiroshi Yamashita will pack down in the front row with Michael Allardice and All Black Brodie Retallick at lock.

In the backs, experienced All Black halfback Tawera Kerr-Barlow gets the start, with Chiefs co-captain Cruden at first-five.

Charlie Ngatai and Seta Tamanivalu combine in the midfield with James Lowe and Shaun Stevenson on the wings.

Damian McKenzie will start at fullback.

Coach Dave Rennie said, "It's been a long build-up and we're all excited that the competitions finally about to start. Our 23 is a blend of youth and experience with several players making their Super Rugby debuts.

"We're really happy with the hard work and development that's gone into the past three months. History tells us that Chiefs and Crusaders clashes are physical and high paced encounters and I'm sure this weekend will be no different."

The Chiefs team to play the Crusaders is: